Saw Palmetto for Hair Loss – Does it Work? 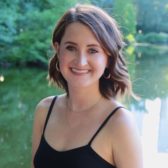 About one-third of women experience alopecia (or hair loss) at some point in their lives. And just as women are searching for cleaner beauty products for their skin, they are also on the lookout for more natural options for their hair, too. Is saw palmetto the answer for those looking for a more “natural” approach to treating hair loss?

With clinical studies to back it up, it might be the answer for you.

Androgenic alopecia displays as receding hairlines and gradual disappearance of hair from the crown. Alopecia areata is a type of autoimmune disease that attacks the hair follicles, causing clumps of hair to fall out throughout the head. Almost seven million people have or will develop the condition in the United States, according to the National Alopecia Areata Foundation.  Even rarer, some women can lose all the hair on their heads (called alopecia areata totalis) or throughout their entire body (alopecia areata universalis).

There are currently two FDA-approved pharmacologic treatments for it: minoxidil and finasteride. Minoxidil topical solution was the first of the FDA-approved treatments for androgenic alopecia to be placed on the market. But those with alopecia have found saw palmetto to encourage hair growth, naturally. What is Saw Palmetto?

Saw palmetto — a botanical derived from the berries of a Serenoa repens (or saw palmetto) palm tree — is grown in the southern part of the U.S. and has been used by Native Americans medicinally for years. Recently, saw palmetto has been used as a hair growth boost, and many beauty companies have been adding the miracle grower into their supplements, powders and shampoos.

The berries of the saw palmetto are commonly known as a dihydrotestosterone (or DHT) balancer. Saw palmetto affects the “5-alpha reductase enzyme, which is responsible for converting testosterone into DHT, the hormone responsible for male and female pattern hair thinning,” explains Tess Marshall, N.M.D., naturopath and director of product science and innovation at Nutrafol. One study showed positive results for men treated with topical saw palmetto and 10 percent trichogen veg complex. Nearly half of the 25 participants increased their hair count by 11.9 percent after four months of treatment. However, Marshall explains, “Among its benefit on the enzyme, saw palmetto uniquely has an effect on the androgen receptor, making it less sensitive to the DHT hormone, which progressively shrinks hair follicles, resulting in hair loss.”

But saw palmetto hasn’t always been used for hair loss. “Traditionally, saw palmetto has been used to help support prostate health, an area of the male body affected by the androgen hormone, DHT,” says Marshall. “Given some of the DHT pathways are the same, clinical research started examining the effects of saw palmetto on the scalp.”

Minimal risks have been associated with saw palmetto when used to support hair growth. “In some cases, side benefits were documented and some men noticed a positive change in their libido,” explains Marshall. “In many studies conducted for acute and chronic toxicity, saw palmetto was considered a safe botanical agent, [but] pregnant and nursing mothers should not take saw palmetto supplementation … DHT is a hormone needed for the development of male characteristics.” Marshall notes that there are a few handfuls of botanicals that have been clinically tested for safety in pregnant and nursing mothers, and because of this, almost all other herbs default to “avoid using.”

Almost seven million people have or will develop alopecia.

Who Can Use Saw Palmetto?

Just because saw palmetto has been mostly studied on men doesn’t mean it is not effective for women, too. “Saw palmetto works the same for both men and women [because] it’s targeting the androgen hormone component to hair thinning,” says Marshall. “It was found that there are 40 percent less androgen receptors on the scalp in women compared to men, possibly explaining why men complain of hair thinning earlier than some women.”

“Individuals allergic to active or inactive ingredients that may be present in minoxidil formulations may prefer saw palmetto,” says Francesca Fusco, M.D., a board-certified dermatologist and assistant clinical professor of dermatology at Mount Sinai Hospital in New York. While Fusco supports the use of saw palmetto for hair loss, she stresses the importance of visiting your dermatologist to figure out the cause of your hair loss and the best plan of action. “Individuals should schedule a comprehensive consultation with a dermatologist to determine the best approach, which may include oral contraceptives, oral spironolactone, topical formulations, and vitamin supplements,” says Fusco. What is the Best Formula?

There are shampoos on the market that feature saw palmetto, but they might not be as effective in preventing hair loss as ingesting a supplement would be. “Saw palmetto is more effective as a supplement [because] most shampoos don’t stay on the scalp long enough for them to have an effect,” says Marshall. “The actives in shampoo can be diluted by water in the shower and are typically rinsed out within minutes.” If you are going to use something on the scalp, Marshall recommends applying a leave-in treatment so you get full absorption into the skin.

While you won’t see major results with saw palmetto-infused shampoos, it takes time for supplements to take effect, too. Since the hair growth cycle is actually quite long, all of the hair follicles on our head are in a different stage of the growth cycle, which is why we always see hair on our head as it is constantly growing and shedding through these cycles. “Results vary, but in general, [you’ll start seeing results] within six months,” says Fusco. Additionally, “the systems-wide approach to hair health has helped us understand that there are many different organ systems in the body that influence hair and our hormones, so everyone responds a bit differently,” explains Marshall. “Some other factors that may disrupt hormones are poor gut health, stress, and toxicity.”

Finding a hair growth supplement with a generous amount of saw palmetto is also important. Always look at the ingredients label when purchasing a hair loss supplement, and make sure saw palmetto is high up on the list. “A common problem with dietary supplements is the lack of regulation, which can result in low quality and ineffective products,” says Marshall. “Finding a brand that prioritizes sourcing and extraction methods is crucial for seeing results.”

Is My Hair Loss Normal?

Shiny Hair is One Sleep Away

Sunscreen for Your Scalp: Do You Really Need It?