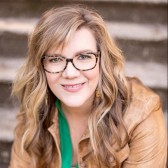 The gold standard treatment for mental health conditions such as depression or anxiety is a combination of medication and psychotherapy. But there are times when those approaches are not enough or are not possible, and interest is growing in the use of biofeedback and neurofeedback as non-invasive, non-pharmaceutical approaches. How Does It Work?

During a biofeedback session, sensors are attached to different parts of your body — such as your fingers, wrists, waist or specific muscles — to measure your muscle tension, skin temperature, heart rate and breathing. Those sensors send information to a computer screen where you can see what your heart rate, breathing and skin temperature are doing and then learn skills — such as breathing exercises or meditation — to affect them. “You learn how to modify your physiological functioning,” says Inna Khazan, Ph.D., BCB, a clinical psychologist on the faculty at Harvard Medical School.

Why Does It Work?

“What depression, anxiety, trauma and chronic pain all have in common is dysregulation of the autonomic nervous system,” says Khazan. “It might be overactive in certain situations or have trouble shutting down in other certain situations. Biofeedback trains the body to produce an optimal level of activation.” Besides seeing your heart rate and breathing on the screen, you might also watch something enjoyable, such as a video of a kitten or puppy playing. If your body becomes dysregulated — your heart rate increases for instance — the action freezes. As you slow it again, the video resumes, teaching your body that staying in the optimal state is rewarding.

How Long Does It Take?

While that depends on your condition and your response to the treatment, Khazan says that the usual amount of time is six to 12 sessions. “You initially practice in the office with the therapist under neutral conditions,” says Khazan. “Then you can use the skills in real life under more challenging conditions.”

How Effective Is Biofeedback for Depression and Anxiety?

There is more research on the effectiveness of biofeedback for conditions such as chronic pain, but the literature on mood and anxiety disorders is growing. “A recent meta-analysis — looking at all studies for anxiety — showed moderate to large effects,” says Khazan. “There have also been quite a few recent studies on depression showing biofeedback is an effective treatment, sometimes in combination with psychotherapy.” While biofeedback is often a treatment choice for those who have not had success with psychotherapy or medications, “more people are seeking it out as a frontline treatment for anxiety, depression and trauma,” says Khazan.

Your brain communicates with itself through tiny, electric pulses called brainwaves. Depending on your mental state, the speed of that communication may be slow — for instance when we are sleepy or sluggish — or fast when you are more alert or, even hyperactive. Faster waves are usually associated with conditions such as anxiety, whereas conditions such as ADHD might involve slower than usual waves in certain areas. The goal of neurofeedback is to help your brain function at optimal speed by teaching it to increase activity in certain regions and/or decrease it in others. A woman in a room filled with lights while her brain waves are monitored.Lyuba Burakova/Stocksy

How Does It Work?

A therapist will attach electrodes to your head that measure your brain activity with a device called an electroencephalogram (EEG) and create a map showing which areas of the brain to target. “If mood dysregulation is involved, then the amygdala [the brain’s emotion center] is likely involved,” says Pamela Bell, Ed.D., LPCC, owner and founder of the Advanced Neurofeedback Center in Dallas. “If memory problems are involved, the hippocampus is involved. And we can target those areas directly.”

Patients watch or listen to something enjoyable — such as a video game, a picture that fades in and out, or a video — while their brainwaves are monitored. “When the EEG is moving in the right direction which will lower your symptoms, your brain gets rewarded,” says Bell. When your brain activation reverts to its less healthy pattern, the enjoyable sound or activity stops. Unlike biofeedback, patients are not making a conscious effort to control anything. Their brains are learning on their own.

How Long Does It Take?

“Neurofeedback takes much longer than biofeedback,” says Khazan, “and the reason for that is that biofeedback is a more active and conscious process. With neurofeedback, the brain learns by itself, which takes longer.” Also, unlike biofeedback, you cannot practice at home. Khazan says the number of sessions you will need could vary between 20 and 80 depending on your condition.

How Effective Is Neurofeedback for Mental Health?

“For ADHD, neurofeedback is probably the best treatment we have,” says Khazan. That is because the changes in brain function for those conditions are very well understood, and it is easier to target treatment to them. “For depression and anxiety, the efficacy might not be as high, but it’s up there,” says Khazan.

What Is the Difference between Biofeedback and Neurofeedback for Depression and Anxiety?

“It depends on someone’s preference,” says Khazan. “Do you want to be actively involved and learn how to produce each skill? Or do you prefer to have your brain learn and do it by itself?” Cost and time are also important factors. Biofeedback is usually conducted once a week for a shorter duration, while neurofeedback takes many more sessions, often multiple times a week. Bell often sees patients “who have not gotten full relief from psychotherapy or medication. Over time they are able to reduce their medications as the firing of their neurons change and their brain chemistry changes.”

How Much Does It Cost and Will Insurance Cover It?

Both insurance coverage and cost vary from state to state, but the ballpark range is $150 to $300 per session.

What Kind of Practitioner Does Biofeedback and Neurofeedback?

Both treatments are usually performed by a specially trained psychotherapist. But neither treatment is regulated by a state agency (as medical doctors are), which means anybody who wants to practice could watch a webinar, set up a shingle and advertise their treatments. So Khazan and Bell emphasize the importance of choosing a therapist who is certified through the Biofeedback Certification International Alliance(BCIA). BCIA ensures that practitioners are licensed medical professionals who are properly trained and keep up with continuing education.

I Faced My Fears and Tried Float Therapy

Is it Burnout or Depression?