More than 400 million cups of coffee — the most popular source of caffeine— are consumed annually. But drinking caffeine has fallen a little out of favor with health-conscious millennials and Gen Z consumers. More and more people want to optimize their day without enhancements that can affect their health goals — and have negative side effects like unstable energy levels. Caffeine sensitivity is getting a ton of attention with giants like Starbucks starting to highlight the amount of caffeine in each one of their drinks.

So, to order a decaf mocha coffee is not a big deal, but what about tea, the second most popular source of caffeine? Let’s spill.

What is Decaffeinated Tea?

Decaffeinated tea refers to tea that has undergone a process of decaffeination. The term decaf, however, is not regulated by the Food and Drug Administration (FDA), which means that tea labeled decaf may still contain traces of caffeine, depending on the process by which it is decaffeinated. So does decaf tea have caffeine in it? It is possible, but unlikely to be an impactful amount.

The term decaf is not regulated by the FDA, which means that tea labeled decaf may still contain traces of caffeine.

All types of tea can undergo that process, but black, oolong, and green are some of the most popular varieties due to their popularity, and naturally high caffeine content. It is common for decaf tea to contain anywhere around 1-8 milligrams of caffeine, compared to 30-60 milligrams in regular black tea, and 25-50 milligrams in green tea.

Is there a difference between caffeine-free and decaffeinated tea?

The terms are not synonymous. Caffeine-free refers to leaves that are naturally free of caffeine — for instance, herbal teas like chamomile or jasmine. These are also referred to as “naturally decaffeinated teas” sometimes. That said, decaffeinated alone refers to those that have gone through a process of decaffeination.

How Is Tea Decaffeinated?

“Caffeine levels in tea really vary. It depends on what tea leaves were picked, what season, what area they are from,” says Jessica Boyd, founder and CEO of Tea Sip in Houston, Texas. “Brand new tea leaves have more caffeine because they are protecting themselves, whereas older leaves tend to have less.”

There are four main processes to remove caffeine. Each of them works differently and produce a different final effect, including flavor. The downside is that tea manufacturers don’t have to state which method of decaffeination they use. But it is good to know, given you can always inquire with the specific company and get more information, or look for tea sellers that are transparent about their decaffeination methods so you can be more educated about exactly what health benefits or concerns you could be exposing yourself to. Here is what you have to know about each:

As for taste, sadly, most decaffeination methods take a toll on the flavor profile. However, if you need decaf, opt for one that has been decaffeinated via the carbon dioxide method, which preserves the flavor more than any other method. 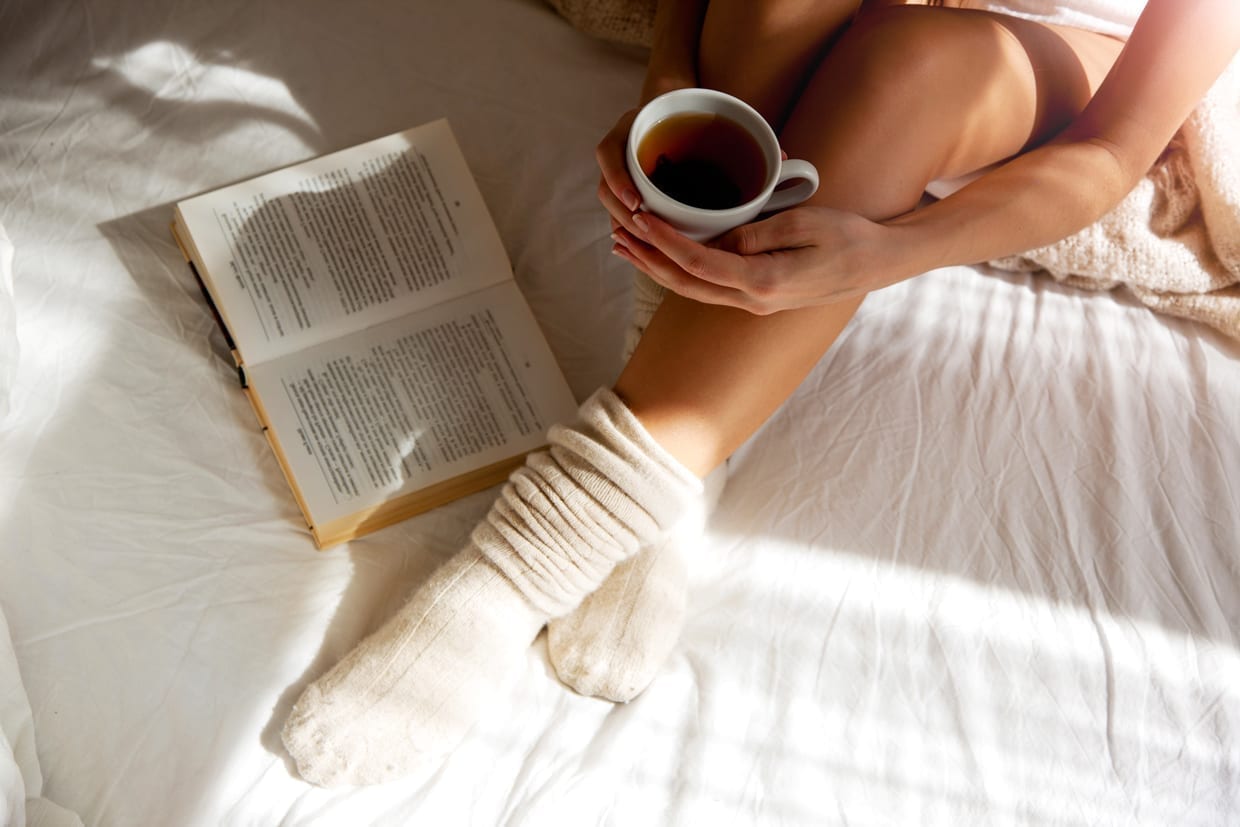 One of the primary benefits of decaffeinated tea is the option to drink it any time of the day. This means you can enjoy a warm mug before bed to drift off to sleep or one first thing in the morning to get your day started. Without the drastic highs and lows of caffeine, tea can be enjoyed more often as well. Additionally, there are some minor health benefits, as are present with most types of tea.

When it comes to health benefits, experts say that tea that undergoes a decaffeination process loses about 70 percent of its polyphenols — also called flavonoids. Antioxidants are a major benefit in the first place because they help to rid the body of free radicals. Teas tend to be rich in a compound called EGCG, or epigallocatechin gallate. So if you are drinking caffeine for the antioxidant benefits, these are molecules you want, and you will get the most “bang for your buck” with straight-up black or green tea.

The Final Call When It Comes Non-Caffeinated Tea

If caffeine sensitivity is a big concern, you can try to drink tea with lower levels of caffeine, like white tea. Plus, a caffeine-free or decaffeinated tea is not evil — they still have health benefits like prevention of cancer, cardiovascular disease, and free radical aging, just at a much less potent concentration. “All tea has less caffeine than coffee, plus you get that calm wakefulness and more health benefits,” says Boyd. Lastly, you can always opt for herbal tisanes like red rooibos, green rooibos or honeybush.

How to Make Your Work Coffee Taste Better