Truth or Taboo? How Pregnancy Diets Vary Across Cultures Folklore related to pregnancy and post-baby diet superstitions are extremely common from culture to culture. And what one country deems acceptable during pregnancy, another may not. (Case in point: Nigerians warn that yams can increase the size and weight of a baby, making them difficult to birth.)

Here, we call out traditional diets when it comes to pregnancy and breastfeeding across various cultures, and experts weigh in on their nutritional benefits  — and if the effect they may have on your body and your baby’s is fact or fiction.

Surprisingly enough, soon-to-be Russian mothers are told to avoid strawberries, oranges and chocolate. According to Nicole Avena, Ph.D., a neuroscientist researcher and author of, “What To Eat When You’re Pregnant,” doctors may recommend skipping these foods for fear of the baby developing an allergy. (This does not only happen in Russia, as most countries are fearful of children forming allergies early in life.) But there is no scientific research that proves there is such a link, Avena says, as all of these foods are actually low on the allergy scale. Plus, she notes, research on foods and allergies may prove that “exposing your baby to certain foods might actually be protective in some ways because it can make the baby’s immune response become aware of those particular allergens and know that they’re safe and they’re not necessarily something that they have to develop a response to,” she explains. “If anything, it can be helpful to encourage the baby to like those types of foods when it comes time for them to eat because they’re going to have an essence of their taste from the mother’s breast milk.”

But of course, she explains, if it is expected that the mom or child has an allergy to any food, “it’s important to talk to a pediatrician or nutritionist to discuss which you should avoid.”

As for why this traditional belief may have begun in the first place, Avena says that it could be because when a child is first fed citrus fruits, as well as those that are high in citric acid such as strawberries, a reaction around their mouth from the acidity can occur because they have sensitive skin, not an actual allergy.

And contradictory to Russian belief, you may want to make a point of adding chocolate to your pregnancy diet. A study by researchers at the Laval University at Quebec in Canada found that eating small amounts of dark chocolate daily could have a positive effect on the placenta and fetal development. Other research also suggests a link between women who ate chocolate while pregnant and having a higher chance of having a happier baby. An exact link as to why was not clear but could be connected to chocolate’s role in the baby’s brain development, as the sweet treat is known to cause all the good feels when consumed.

To-be-moms in some countries are told to skip sushi completely — while others, like in the U.S., may deem it safe occasionally as long as you know it is from a trusted source. “This recommendation is likely associated with the fact that if you consume sushi and it’s not prepared correctly and the fish contains bacteria, then you might develop a sickness as a result of it,” explains Avena. “In countries where sushi is popular and common, it’s pretty easy to get safe, clean sushi if you go to a restaurant and it’s a reputable place.”

In Nordic countries, raw and pickled fish are a key part of nearly every daily meal — Scandinavian women who are expecting are no different, they simply opt for herring, because it is not as susceptible to bacteria like other forms of raw fish. And in Canada, women likely aren’t skipping any kind of fish while pregnant — even sushi and sashimi.

Avena approves of the no off-limits approach to fish for several reasons. First, “fish contains DHA, which is that omega 3 fatty acid that’s difficult to get in your diet but it’s very, very important for brain health for your baby, so you don’t want to go overboard and eliminate it completely from your diet,” she explains. However, she does warn: “Just make sure you are choosing the right fish and limiting mercury-rich fish, like tuna, to two times a week because mercury is a neurotoxin, and for sushi or sashimi, be sure it is fresh and prepared in a clean environment.”

Although drinking alcohol is looked down upon stateside, in French, Irish and English cultures, in particular, drinking spirits while expecting is socially accepted. But Ireland and England both also have very high rates of babies born with fetal alcohol syndrome. In Canada, healthcare providers do not advise soon-to-be moms to kick their soda habit. But why is this so perplexing? According to research by the University of Waterloo in 2017, soda consumption in Canada is excessive and could result in over 60,000 deaths over the next 25 years. (It is also a major factor in the country’s extreme obesity rates.) Plus, research suggests that consuming soda, regular or diet, while pregnant could affect your child throughout its entire life, including elevating their risk of developing medical issues such as obesity and diabetes. Another reason to curb cola intake: “High intake of sugar has also been linked to affecting brain development and having an effect during pregnancy on food preferences later on,” notes Avena.

Seaweed soup, anyone? If you are living in Korea or have Korean ancestry, you likely know that for weeks postpartum, you will eat nothing but this staple, known as miyeok-guk, for every meal. Along with its nutritional benefits, seaweed soup is believed to help contract the womb after childbirth — Koreans even continue to eat it annually on their birthday in recognition of their mother. “It’s very healthy but it’s more about being rooted in their culture, not that it’s really necessary or women would suffer any consequence in healing or breastfeeding if they didn’t eat it,” says Avena.

The issue experts have with eating one thing over and over, seaweed soup or not, is that “you should be focusing on getting a lot of nutrients through food,” notes Saman Faramarzi, N.D., a naturopathic doctor, advisor for Probiogen and founder of SAFA Life and Wellness in Los Angeles, California, but adds that seaweed soup is a great option to weave into your daily diet. “It’s an excellent source of iodine, calcium and fiber,” she says, also suggesting to be mindful of its source, as seaweed can be high in arsenic.

Seaweed soup is also rich in iron, “which is important during and after pregnancy because the mom’s iron can get depleted because you share everything with the baby,” she explains. “This nutrient is really hard to absorb through supplements and when the babies developing in-utero, that’s their source of hemoglobin.”

As for claims that it helps to contract the uterus, Avena says science does not back this up. And some research calls out potential downsides of binging on seaweed soup, finding that the extreme intake of iodine can actually negatively affect the thyroid and should not be consumed in super high quantities for an extended period of time.

Korean cultures along with Chinese, also emphasize avoiding any and all cold foods, which can run the gamut from ice cream to watermelon and bananas. This is because they believe in keeping a balance in the body when it comes to diet and cold foods can increase your risk of miscarriage, as they can prohibit proper blood circulation to the uterus. Soon-to-be mothers are also told to not eat wet-hot foods, which include mango, lychee, pineapple, even shrimp, for fear that they will elicit bad energy that will result in allergic reactions in your newborn. Oily foods are off-limits as well, believing they can weaken the body’s qi (aka energy) and possibly lead to infertility.

In the U.S., doctors suggest avoiding processed as well as undercooked meats (aka cold cuts like turkey and ham, as well as hot dogs). Part of the issue is that these contain nitrates, a common preservative, which is believed to be potentially carcinogenic. The other is that unhygienic conditions where these kinds of meat are left out can cause bacteria issues.

“I think that part of the warning really comes from being aware of the fact that you’re susceptible to getting foodborne illnesses when you’re pregnant and in some cases, they can have effects on the pregnancy and distress to the baby and in some extreme cases, lead to miscarriage early on,” says Avena. “I think it’s important that people understand that that warning is put out there so people are aware of it, but the chances of that happening are pretty slim.” Italy is a country known for carb-heavy comfort food the likes of fresh pizza and pasta, but there is a big focus by women as well as their doctors about keeping weight gain to a minimum. In the U.S., it is recommended, like most European countries, to only gain approximately 25-35 pounds for the entire pregnancy.

To stick to those guidelines, Italian women eat a true Mediterranean diet with fish, veggies, leafy green salads, fruit and olive oil galore, which provides ample DHA and omega fatty acids plus other benefits. “A diverse diet that has a lot of good prebiotic foods like spinach, kale, all the green leafy vegetables, fruit, as well as good protein and healthy fats, help feed the good bacteria in your gut, which creates an ideal nutritional environment in your body for yourself and your baby,” says Faramarzi.

And unlike in the U.S, medical professionals and expecting mothers here do not see an issue with cured meats such as their beloved prosciutto parma, and actually recommend it because it is easy to digest.

The bottom line, says Faramarzi, is to talk to your doctor or healthcare professional so you can be sure you and your baby are getting all the nutrients you both need to be healthy. 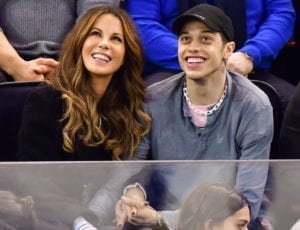 The First-Ever Postpartum Depression Drug to Become Available in June