My husband Tom and I are pretty laid back, so when we were first married, we almost never fought.

Then we had a baby and found ourselves arguing all the time. The most trivial issue — like whose turn it was to wash the baby’s bottles — could spiral into a bizarrely huge blowout. What happened?

It is no secret that your relationship takes a dive after a baby arrives. Famously, eminent couples therapist John Gottman found that 67 percent of new parents had become “very unhappy” with each other within three years of having a child. You are not exactly your best self when hormone-addled, deranged from lack of sleep and stressed out from the immense amount of work it takes to keep a tiny new person alive. Tempers can fray.

But, as I learned when I wrote “How Not To Hate Your Husband After Kids,” it is vital for new parents to stay connected. You need an ally during this tumultuous time, and one of the greatest gifts you can give your kid is a loving relationship with each other. In honor of Valentine’s Day, here are some easy ways to keep your bond strong. 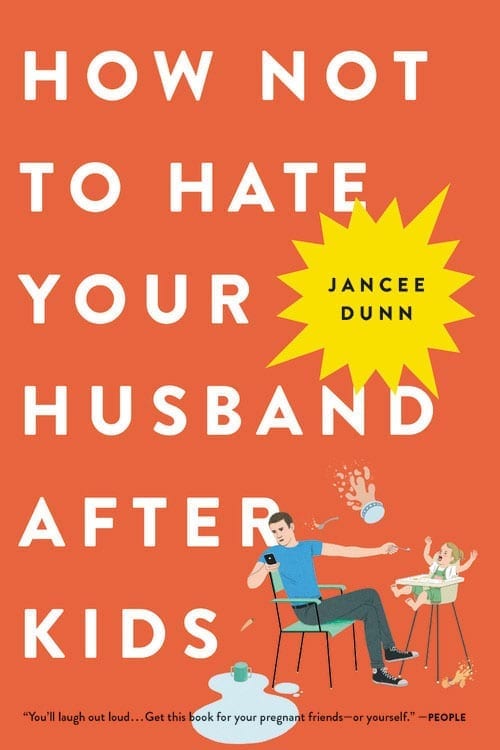 No Making Up Stories

“Dare To Lead” author Brené Brown calls this simple phrase her “number one life hack” for relationships that go the distance: “the story I’m making up.” That happens, she says, when we construct some sort of elaborate motivation for someone that likely has nothing to do with what is actually going on (if your friend does not text back immediately, well, then, obviously she is mad at you).

After I talked to Brown, I realized that I was doing this all the time with Tom. One night, as he was sprawled on the couch scrolling through his phone, the baby started crying. I glared at him while rage-laundering a mountain of soiled onesies, but he did not move. So I put a gloating thought bubble over his head. It said, Haha! I am going to wait out my wife until she gets up and deals with the baby! I know — I will frown at my phone, so it looks like I am concentrating on an important work email when really I am playing Tetris! I win!

Needless to say, this is not what he was thinking. Brown suggests you share the story you made up with your partner, which breaks the tension, makes you vulnerable and helps you understand each other’s perspective. If it is wildly off the mark, it may even make both of you laugh. Yes, your sex life often takes a hit after a baby — but what is less discussed is how important nonsexual touching is to keep your relationship tight. Giving your partner a hug for a mere 20 seconds lowers your blood pressure. It also gets those happy chemicals flowing — like oxytocin, the so-called “cuddle hormone,” whose effect has been compared to cannabis. So, sling your legs over his while you are binge-watching a show. Kiss him hello. Give his shoulder a squeeze while you are cooking dinner.

Regularly thanking your partner throughout your day seems like a minor thing, but the University of Georgia researchers found that it is actually pretty huge  — so much so that spousal expressions of gratitude were the “most consistent predictor of marital quality.” (Most relationship research on new parents, by the way, currently centers around straight couples, although gay couples are killing it in the parenting department.) A similar study from the University of North Carolina at Chapel Hill found that couples who expressed gratitude — what researchers called “find, remind and bind” — felt their relationships became stronger, more adaptable to change, and more positive. It does not need to be sweeping declarations, either. It can be as simple as Thanks for changing that last epic diaper, I was about to pass out from the fumes.

Many experts told me that when you have a baby, your relationship is brand new — so almost everything has to be re-negotiated from the ground up. That includes household chores. I know, talking about chores is not exactly hot — but a large Pew Research poll found that sharing household chores is one of the top three requirements for a successful marriage — lagging only behind being faithful and good sex. (And speaking of sex, a study in the Journal Of Marriage And Family found that couples who split up chores get more action.)

And if you can do the dishes together, even better. A study of straight couples by the Council For Contemporary Families discovered that of all the major household chores, washing dishes was the most loathed — especially by women. Think about it: Scraping food off of plates is gross, it is constant, and traditionally, women have been the ones stuck doing it. The researchers found that women were much happier about sharing dishwashing duty than they were about any other household chore — it builds connection and a sense that you are part of a team.

Sex On The Weekly

Sometimes when your kids have worn you down, it is hard not to view sex as one more thing you have to do for someone — but we all know it is crucial to maintain your bond. And research shows it does not need to be a Tantric marathon, either. Believe it or not, a study of 25,000 people published in the journal Social Psychological and Personality Science found that the happiest couples had sex once a week — and that was true if the subjects were young or old, male or female. Once a week is not the biggest time commitment, you must admit. Look For The Good

When I was fuming at my husband, I would get tunnel vision and only see the annoying things he did, which led to what is known in cognitive science as confirmation bias — the tendency to only pay attention to things that confirm your existing beliefs. Then we went to a marriage counselor, who made us do this exercise: Write down 20 things you love about your partner, then read them aloud to each other. By the time I had reached number twelve, tears were rolling down my cheeks — the previous summer, Tom had spent his weekends painting my parents’ whole house! On a rickety ladder! Near an extremely large wasps’ nest!

I discovered all kinds of ways that Tom showed he cared about me — to the point where it became my new confirmation bias. It turns out that his so-called “love language” is “acts of service” — like his kooky habit of managing all of my electronics. He regularly charges my phone, backs up my computer and updates my apps — all of which I hate doing. Making an effort to notice this stuff was one of the best ways for us to find our way back to each other after a baby.

And now I know that some people express their feelings by saying “I love you,” others by elaborately spraying a can of compressed air onto your computer keys to get rid of dust. It is all good.

8 Ways to “Be Nice” to Yourself This Year