How Your Gut Health Can Affect Your Pregnancy 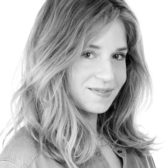 The state of our gut and the role that our body’s microbiome plays in our health is an emerging topic. According to experts, how important gut health is when you are expecting — for both you and your baby — should be the main focus.

“One of the most important times to be thinking about a patient’s gut microbiome is when they’re pregnant,” says Richard Firshein, D.O., founder of Firshein Center in New York City. Saman Faramarzi, N.D., a naturopathic doctor, advisor for Probiogen and the founder of SAFA Life and Wellness in Los Angeles, agrees:  “Before conception as well as when you get pregnant, it’s crucial to take care of gut health.”

Here, we break down the basics of gut health with experts sharing exactly why pregnant women need to make balancing their body’s good — and bad — bacteria a priority.

What does gut health actually mean?

“Literally trillions of bacteria, viruses and fungi live in your gut,” says Firshein. And they create a complex system that can greatly affect your body, how it functions and as a result, how you feel and even the health of your baby (more on that below). “It is estimated that there are about 30 trillion human cells and it’s estimated that there could be between 40 and 400 trillion bacterial cells in your gut,” he adds.

And when you think of your gut, you likely think of digestion, and yes, that is partially true. But Robin Foroutan, M.S. R.D.N., integrative medicine nutritionist at The Morrison Center in New York City, says, “it’s really important to understand that gut health is full-body health because the digestive tract is in charge of a lot of different things and trickles down to the health of every other system in the body,” she explains. “The different roles of the digestive tract is to, obviously, digest and absorb your nutrients meaning food,” says Foroutan. “But gut health is also brain health and gut health is the capacity of detoxification. It’s nutrient status. It’s heart health. Your immune system health is also seated in the digestive tract.”

You also want to bolster this unique system because, “the genes of the microbes interplay with our gene by communicating and sending signals to each other, therefore they influence your gene expression,” says Foroutan.

“We’re more bacteria than we are human,” says Faramarzi. “It’s 150 bacterial cells to one, and then that’s like times trillion. So, our bacteria being in balance is way more important than even what genes we carry because the bacteria really affects what gene gets turned on and off.”

How does gut health affect mom and baby?

“A mother’s gut health translates to baby health — and studies are looking into how a mother’s gut status plays a huge role in their baby’s immune system and how the immune system gets developed,” notes Foroutan. Why this research is such a breakthrough, she explains, is that, previously, a link was not believed to be influential because microbiomes did not go through the placenta and the blood-brain barrier. “But now we are finding there’s a thing called LPS (aka lipopolysaccharide), a toxin that gets produced when you have leaky gut, a byproduct of poor gut health, which does cross the blood-brain barrier and therefore the placenta and your baby.”

Plus, “recent research shows that the gut microbiome is critical in the development of the central nervous system and can control brain function because many of these bacteria product crucial neurotransmitters which not only affect mood but brain development,” explains Firshein. Then there is the role your digestive tract has on detoxification. “Every day, you’re ingesting environmental toxins like pesticides,” explains Foroutan. “You have to get rid of toxins and byproducts of living and when your hormones get used by your body, the leftover bits which are called hormone metabolites get dumped into the digestive tract and you have to excrete them.” Then factor in that your baby is eliminating its own waste and toxins as well and your digestive tract is working double-duty.

Lastly, says Firshein, at the time of actual birth, “as the baby passes through the birth canal, the child will acquire the bacteria in the mother’s vaginal canal.” So, the type of bacteria — good and bad — you have in your body is actually transferred to your new baby.

What can damage gut health?

“One of the main things that damage our gut health is if you do not eat a diet in variety and eat the same thing over and over again,” says Faramarzi. Aim to eat the rainbow throughout the day, get a range of nutrients from leafy green vegetables to good proteins,  and avoid overdoing it with simple carbs, processed foods and saturated fats as much as possible. “Saturated fats and processed foods kill good bacteria and can create toxins in your body,” she adds. “So, I always say you want to keep that on a lower [level] whether you’re pregnant or not.”

The biggest downfall to your gut “is a standard American diet that’s very high in inflammatory fats, meat, sugar and starch and refined carbohydrates, and totally inadequate [levels of] vegetables and fruits and plant foods and whole grains,” says Foroutan. “Everything we eat also feeds the microbes in our gut.” Another culprit of poor gut health is being too clean. “We’re all so scared of germs, but it really does your health a disservice because you need to get exposed to different bacteria;  it creates diversity in our gut,” says Foroutan. And remember, diversity in the mom’s gut can translate to better immune health for the fetus.

And then, of course, you can over-do it with antibiotic use. “There are studies shown that when you take one dose of antibiotics, you kill off 90 percent of the bacteria in your body in just one dose,” says Faramarzi. This makes sense because there is likely an infection or bacteria to get rid of, but they can’t differentiate between the good and the bad. “If you’ve taken too many antibiotics, and you’ve killed off all your bacteria, it creates an opportunity for the bad bacteria to thrive and for there to be more bad bacteria, and that’s when people get sick,” she explains.

How can you improve your gut health while expecting?

Typically, doctors only recommend a daily prenatal vitamin, which is of course, both necessary and warranted, but do not even mention probiotics. The issue?

“The simplistic approach by most medical professionals not to discuss probiotics and prebiotics with their patients is unfortunate,” says Firshein. “But in part is due to the research that is currently available, suggesting that we really don’t understand how these complex and different organisms work with each other symbiotically and antagonistically to produce their health benefits.”

Faramarzi says she recommends taking a spore-based probiotic along with eating a colorful and nutrient-dense diet to all of her patients, including those that are expecting, but adds: “Always consult with your doctor if you’re breastfeeding or pregnant before taking any supplements.” And the reason she opts for spore-based versus, say, the common lactobacillus kind? These strains are prone to make it to your intestine and not die prematurely when mixed with your stomach acids. Her top pick: Probiogen Daily Digestive Balance probiotic. Firshein has women who may know they want to become pregnant in the near future or are currently expecting start on a gut-friendly diet “filled with soluble fibers, which produce butyric acid, as well as naturally fermentable foods such as yogurt, kefir, sauerkraut, each of which has naturally fermented bacteria [that] can benefit the gut biome.” He also recommends they cut out high amounts of sugar, junk food and highly processed foods. “All of this is critical to make sure gut bacteria are as healthy as they can be,” he explains.

But in order to help our bodies promote mostly good bacteria, diversity matters. “When you get an imbalance of good and bad bacteria, that’s referred to as a term called dysbiosis, which is a disruption of the good and the bad, meaning yeast, mold and parasites,” explains Foroutan. “It’s definitely an emerging science, so we don’t know everything there is to know and we don’t really know the ideal mix of microbes that’s beneficial for everyone. It might just be that different people have different mixes of microbes and there could be a wide variety of what’s considered healthy.”

Foroutan suggests looking for brands with really good reputations among health professionals who regularly recommend supplements. A few of her favorites: Ortho Biotic Probiotic, Klaire Labs Ther-Biotic Women’s Formula, Jarrow Formulas Fem-Dophilus. “Probiotics are alive and meant to be alive, so the importance of high quality is actually amplified when we’re talking about probiotics because they have to survive being stored at a store and survive your own digestion,” she explains.

And look for extra approvals on the label, too. “Now, many supplement companies have third party verification and that’s really important when you’re selecting a brand,” she says.

Everything You Wanted to Ask About Probiotics

Truth or Taboo? How Pregnancy Diets Vary Across Cultures