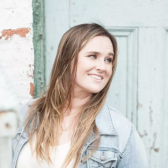 If you’re lucky enough to get a spring break off from work or school, it may be tempting to spend a lot of it binging on Netflix or scrolling through your endless social feeds, which can be a huge time suck. Instead, why not put down the phone and indulge in a great read (or two?)

So, this spring break, grab one of these incredible reads. You can thank us later.

The School for Good Mothers by Jessamine Chen

For anyone who’s a parent, The School for Good Mothers may hit a bit differently. It follows Frida, a mother of one who is at her best when she’s parenting her young daughter. But one minor lapse puts her in the crosshairs of an overarching government that wants to deem her unfit to be a mother. With shades of Margaret Atwood mixed with humanity and love, The School for Good Mothers is sure to be a thrilling read for anyone who has ever grappled with attempting to manage it all.

The School for Good Mothers
by Jessamine Chen
$18.15
SHOP NOW

The Maid by Nita Prose

A page-turning “whodunnit” for anyone who wants to be seen, The Maid tells the unforgettable story of a woman who finds herself in the middle of a conspiracy after finding a rich and powerful man dead in his hotel room. Following her grandmother’s death, who used to help the struggling Molly understand the world, Molly must navigate the competing interests of those who want to hide the truth, those who want to pin the crime on Molly, and her fears and anxieties.

Notes on an Execution by Danya Kukafka

Notes on an Execution takes the multiple-character point-of-view tactic and puts it to searing use. The book follows the story of the women that all have a bond to a serial killer who is on death row — his mother, sister, a detective, and those connected to his victims — and paints a profoundly emotional, profound critique and examination of our criminal justice system, true crime stories, and their impact on women.

Notes on an Execution
by Danya Kukafka
$19.20
SHOP NOW

The Candy House by Jennifer Egan

From the author of A Visit from the Goon Squad comes this harrowing and entertaining story of a tech maven with the idea that can change the world — and ruin it all the same. When “Bix” finds a way for humans to access all of their memories and even “trade” memories with others, he sets off a chain of events that impacts people in different ways. The book follows multiple characters who all find themselves at a crossroads as the new technology radically alters the world. A peek into the not-so-distant future, The Candy House promises to be another unforgettable read from the Pulitzer Prize-winning author.

The Perfect Escape by Leah Konen

Three newly divorced friends who bonded over their experiences set out on a long-awaited girls’ weekend to unwind, relax, and recharge. What could go wrong? Their road trip gets detoured, and they end up in a small mountain town, and things only turn for the worse and more bizarre from there. When one of the trio goes missing, the friends all realize that something isn’t quite right. Fans of twisty thrillers will motor through this unforgettable mystery.

Truth and Other Lies by Maggie Smith

Looking for something character-driven with surprising plot twists that captures the craziness of our current social and political moment? Look no further than Truth and Other Lies, which follows Megan as she navigates a new PR job for a well-known journalist with her own mother’s current run for a congressional seat. A page-turner that will keep you guessing and have you thinking about the world we live in, Maggie Smith’s novel navigates the tricky line between secrets and lies.

Truth and Other Lies
by Maggie Smith
$18.99
SHOP NOW

The Wedding Crasher by Mia Sosa

In The Wedding Crasher, hopeless romantic Solange is recruited by a friend to crash a wedding. When she realizes the groom is making a huge mistake, she does her best to rescue this stranger from a terrible future. That stranger is Dean, and after the wedding goes up in smoke, he realizes he needs a partner to help him land a huge promotion. So, Solange and Dean start fake-dating. If this sounds like it has the makings of a perfect modern rom com, well, that’s because it is.

Wish You Were Here by Jodi Picoult

Diana has her life perfectly on track. At 30, she’s ascending in her career, and her relationship with a medical resident is going according to plan. But — stop us if you’ve heard this one before — nobody saw a pandemic coming to disrupt everything. While the virus keeps Diana’s boyfriend stuck in the hospital, he urges Diana to head on their would-be romantic getaway to the Galapagos Islands to get away. Once there, Diana finds herself in an even deeper form of isolation than we can imagine, forcing her to re-examine everything she thought she knew about her life. Jodi Picoult is one of our best current authors, and Wish You Were Here doesn’t disappoint.

Wish You Were Here
by Jodi Picoult
$17.63
SHOP NOW

Alright, alright, alright! The star actor and Oscar winner reveals himself to be more than just a magnetic screen presence in Greenlights, McConaughey’s heartfelt and honest memoir. Based on journal entries from the actor’s childhood and beyond, McConaughey brings the reader through the ups and downs of his personal and professional life with humble and honest appraisals of his shortcomings and successes.

Will by Will Smith

“In West Philadelphia, born-and-raised, on the playground is where I spent most of my days…” We all know the iconic opening lyrics to the theme from The Fresh Prince of Bel-Air, but now we can get the true story of the life of Will Smith straight from the man himself. One of the most successful stars of all time, Smith has lived a fascinating life, and Will brings us the intimate details and never-before-heard stories that make up his iconic career.

If you haven’t read it, it’s about time. The best-selling memoir from the renowned author, activist, and speaker has impacted women all over the world. Doyle takes the reader on a journey of self-discovery, urging women everywhere to avoid the trappings of worrying about others’ expectations and to focus on their self-empowerment. Part memoir, a part rallying cry, part wakeup call, Untamed is one of the most impactful and inspirational reads you can experience.

6 Beauty Books to Add to Your Coffee Table

5 Nonfiction Books You Won’t Be Able to Put Down