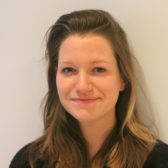 For years, most workout classes lasted an hour — more time was believed to lead to more results. New research has turned that thinking on its head, finding that short workouts can be just as beneficial — if not more so — as longer sessions. One recent study even found that two minutes of ultra-intense exercise can have a same healthy, life-extending properties of a 30-minute workout, because the quick burst of movement can boost your cells’ metabolism.

Workout studios and gyms are taking note, offering a variety of classes that get you fit in half the time.

“The shorter classes are our most effective,” says trainer Christi Marraccini, the director of talent at Manhattan gym and online streaming network NEO U. Though she offers 60 and 45-minute classes as well, the 30-minute version of her high-intensity interval training (HIIT) class is often the most popular. “For a high-intensity workout, there have been a lot of studies that show that if you’re truly going [as hard as you can], 30 minutes is all you need,” says Marraccini. “If you go past that, you’re not going to be able to maintain that same level of intensity.”

That is one reason why experts believe that a shorter workout can be as effective as a longer version. A 2012 study, for example, found that when one group of overweight men participated in intense 30-minute workouts, and the other group exercised for 60 minutes, both samples had similar outcomes — the men lost roughly the same amount of weight, and the same amount of fat. Doctors are not sure why short workouts work but posit that the shorter workouts might be more appealing than longer workouts, which makes participants more likely to work hard while they are exercising.

That level of focus is one reason why 30-minute classes are trending right now, says Mile High Run Club trainer and COO Rich Velazquez. “Every minute is used for a specific reason, so I feel like people are dialed in a little more,” he says.

At MHRC’s three Manhattan running studios, the most highly reviewed class is “The Dirty 30,” which clocks it at exactly half an hour. The class starts with a four-minute warm-up, followed by 24 minutes of intervals and a two-minute cool-down. “In our longer classes, you can see someone’s face start to fade,” he says. “In the Dirty 30, people are focused.” And because the class is interval-based, participants will spend much of their time in an anaerobic, oxygen-free state, which helps boost the metabolism and build muscles.

We got in, we worked hard, and then we were done.

It has hooked many of Velazquez’s runners. “There’s demand for a 30-minute efficient workout,” he says. “Popularity is absolutely growing.”

On FitReserve, an East Coast booking system for high-end boutique classes, new 30-minute sessions keep popping up on the schedules. “One of the most valuable assets you have is your time,” says co-founder and CEO Megan Smyth. “More and more, people are looking for the most efficient way to get a workout in. If you only have an hour of your day that you can dedicate to a workout, a 30-minute class allows for travel time to and from the studio, as well as time to shower and go back to work, or wherever you’re going next.” Shorter workouts also allow for a more diverse workout routine. Instead of committing to an hour on a spin bike, says Smyth, “you can go for a run, and complement it with a short class.”

Some of the system’s most popular classes include Physique57’s “Arms & Abs in 30” (a 30-minute arm and ab class) and a yoga-based “Stretch & Flow in 30,” East End Row’s “Row 30” (a shorter rowing class) and Conbody’s “30 Minute Sweat,” which fits the bootcamp-style workout in a half hour, says Smyth.

The same goes for studios around the country. One of Equinox’s most popular group workouts is a 30-minute high-intensity interval training class called Firestarter. Cycle streaming brand Peloton offers 20- and 30-minute classes in addition to longer rides, while national boutique chain Barre3 offers a handful of speedy sessions. So, when I started noticing 30-minute classes crop up on my go-to studio’s schedule, I was overjoyed, and I was not alone — the classes filled quickly, and had a certain energy to them. My fellow exercisers looked almost happy throughout the class, or at least tuned-in. There was no lagging at the end, or extra-long water breaks. We got in, we worked hard, and then we were done.

Our favorite way to decorate any space. Photo via @michaeljbarber #ridepeloton

Marraccini keeps her classes to a half an hour by cueing moves that require limited explanation and keeping the equipment she uses to a minimum. “I’ll have you use a set of dumbbells, or even just your body weight,” she says.

And, she sticks to mostly 30-minute training sessions herself. “I know … I’m going to spend 30 minutes doing something challenging, and then I’m done,” Marraccini explains. “Mentally, it’s easier.”

Still, she admits there are times when a shorter class falls, well, short. “I think there are definitely benefits to some longer workouts,” says Marraccini. “It’s goal-dependent — if you’re lifting heavy weights, you probably won’t want to squeeze that in because you’ll hurt yourself. You need time to warm up and rest between sets.” The same goes for classes that require a mental shift, like yoga or meditation-based workouts. “If you want a total-body yoga flow,” she says, “30 minutes might not be long enough to get into the poses.”

As for me? I have found that a shorter workout actually leads to more time spent exercising. Undaunted by the time commitment, I will hit several classes per week, rather than dragging myself to a longer session once in a blue moon. I feel fitter than I have ever been in half the time — a win/win if I have ever seen one.

Post-Gym Skin: the Good, the Bad and the Acne