Magnetic Eyelashes Are Trending — But Are They Safe? 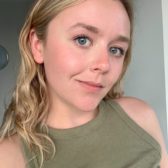 If you haven’t heard of magnetic eyelashes, they’re an absolute game-changer. Instead of having to mess around with lash glue and crooked falsies, these lashes use magnetic technology for precise, mess-free applications (more on exactly how they work a little later). But if you have heard of magnetic eyelashes, you might be wondering if they’re safe to use, especially if you have a history of the sensitive skin around the eyes. Putting magnets near your eyes certainly sounds like it could have some adverse side effects, so we went straight to the source to find out for sure. To separate fact from fiction, ahead, a board-certified dermatologist and an optometrist explain whether or not magnetic eyelashes are safe for your eyes, eyelids, and eyelashes.

What are magnetic eyelashes?

Magnetic eyelashes are a type of false lashes that adhere to your natural lashes using magnet technology instead of glue.

Alternatively, a different type of magnetic lashes has been surging in popularity as of late and involves applying a magnetic eyeliner to your top lash line that the false lashes adhere to. If you normally wear eyeliner on your top lash line, this product tends to be a bit more natural-looking and less heavy on the eyes (since there are no magnets on the actual lashes, but rather, infused into the eyeliner).

Are magnetic eyelashes safe for your eyelid skin?

“There are a few things to consider when opting for magnetically adhered lashes,” says Dr. Alicia Zalka, a board-certified dermatologist and the founder of Surface Deep. For starters, she says to avoid magnetic eyelashes if you have a nickel allergy. “This type of allergy is not uncommon and causes rashes when the skin is exposed to certain objects that contain white metal, such as costume jewelry, metal buttons on jeans, metal wrist bands, bra closures, etc. The tiny magnets that adhere to the lashes are made of metal and may contain nickel. Hence, this metal touching sensitive eyelid skin could potentially lead to skin rash in allergic individuals.”

Nickel allergies aside, Dr. Zalka says you should also avoid magnetic eyelashes (of either form) if you have a history of sensitive skin (especially around the eyes) or eczema. “Be mindful of potential skin irritation which would be the same concern for other false eyelash options using glue”.

Also if you wear magnetic lashes, they must be removed when having certain types of medical imaging studies like MRIs. “Since these lashes are reusable, be sure to keep them clean and store them properly and do not share them with others,” says Dr. Zalka.

Are magnetic eyelashes safe for your natural lashes? “Like any eyelash treatment that involves adhering extensions of any kind to the natural lashes, there is a risk that eyelashes can be traumatized or individually lost when the false lashes are removed,” says Dr. Zalka. With repeat use over time, you can cause eyelashes to become weakened, more brittle, and fall out with the removal of the lashes. Take the utmost care when removing your magnetic lashes, and remove them exactly as indicated by the instructions.

Are magnetic eyelashes safe for your eyes?

“I have not seen any risks of eye damage from magnetic eyelashes specifically”, says Dr. Zalka. “However, corneal abrasions can result if any type of tool or makeup inadvertently scratches the surface of the eyeball.”

Dr. Michelle Cruz, a California-based optometrist, echoes this sentiment. “There is a risk when you’re putting anything near your eyes, but magnetic lashes don’t carry any of their own risks,” she says. “The risks of magnetic eyelashes are the same as other false lashes and even mascara — you could have an adverse reaction to the adhesive formula or lashes themselves, which can cause eye irritation, a stye, or a rash on the skin around the eyes. But you pose these risks using any kind of eye makeup.”

Magnetic eyelashes are a trendy new way to get the falsies look without the hassle of glue — and for the most part, dermatologists and optometrists agree they’re safe for your eyes, eyelashes, and the skin around your eyes. That is, with a few exceptions of course. As with any new product, it’s best to do a patch test if you’re using magnetic lashes that adhere to magnetic-infused eyeliner. And avoid magnetic eyelashes altogether if you have a history of the sensitive skin around the eyes, nickel allergy, or eczema. If you have any specific medical concerns that aren’t mentioned on this list, your best bet is always to speak to your physician about whether or not magnetic eyelashes are safe for you.

Everything You Wanted to Ask About Eyelash Extensions

The Best False Eyelashes of 2020

Japanese Lengthening Mascaras Under $30 You Need

Your Guide To Picking The Right Mascara Wand