On Tuesday, the day the world learned of Karl Lagerfeld’s death, I happened to open my Pinterest for the first time in years. And I stumbled upon an old Pinterest board of mine: “Crazy for Chanel.” Skipping down memory lane, to see my younger self so inspired by the brand makes me smile.

And I think it can go without saying that Lagerfeld evokes emotions in most people. To many, he was an icon. To others, a visionary.

The snowy-haired German, Lagerfeld left a footmark in the world of fashion. With his influence, the ballet flat, quilted purse and tweed jacket — classic Coco Chanel designs — became staples and immediately invoke the realization of “Oh, that’s a Chanel.”

He was also a designer, more times than not, featured on the Best Dressed List.

While we may mourn the Chanel figurehead — he reinvented the fashion house after the death of Coco Chanel — take comfort in the fact that his designs will live on. And while we may not see his likes again on a red carpet (or fashion week), the past is a treasure trove for our viewing.

With the Academy Awards, this Sunday (waiting patiently to see who will step onto the red carpet in the label) take a gander at The Sunday Edit’s favorite Oscars looks over the years — and remember Lagerfeld with us… 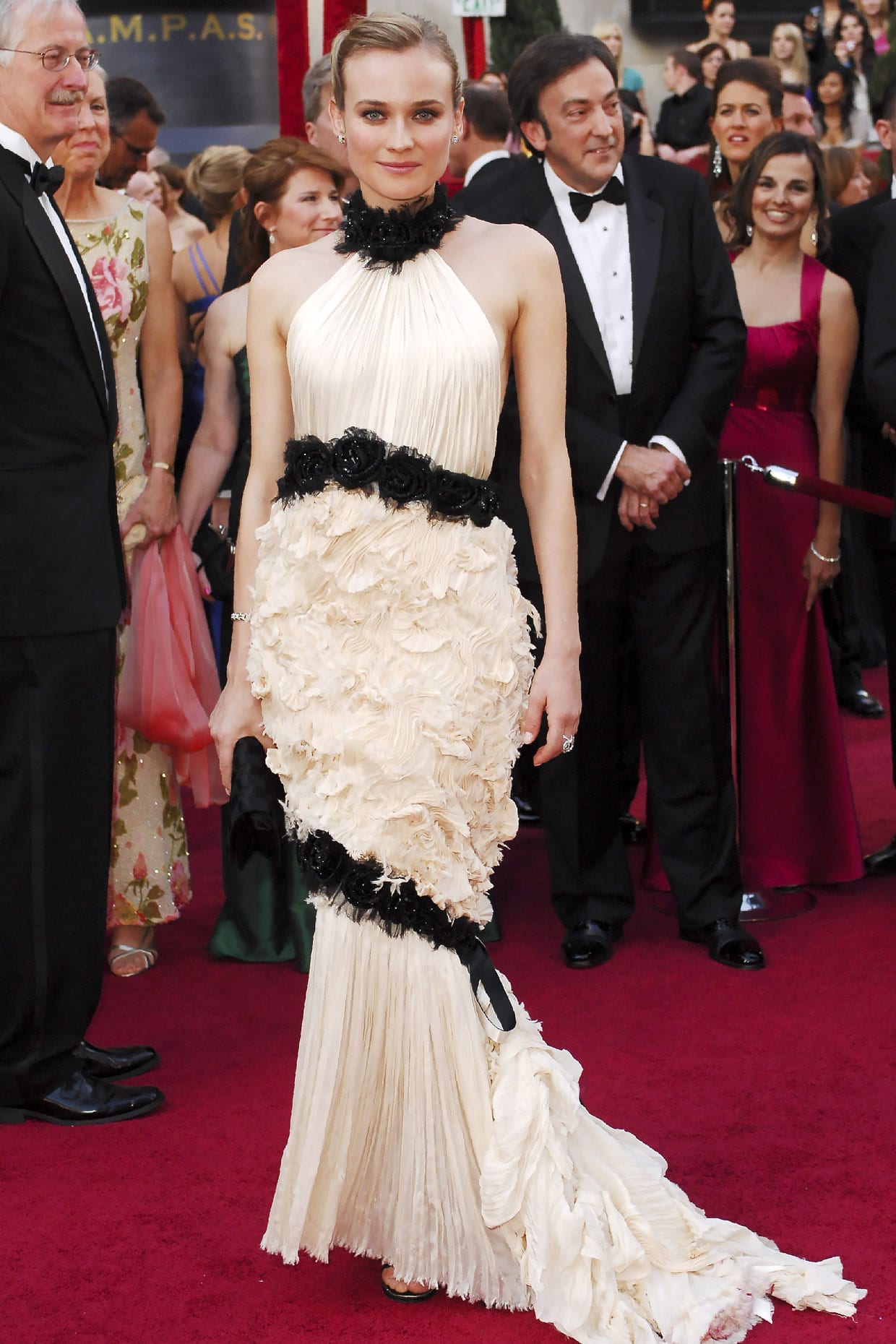