How to Cope with Small ‘t’ Trauma 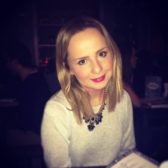 When you go through trauma, it describes an emotionally distressing event(s) that makes it difficult for you to manage. When most people think of trauma, they tend to reference something like abuse, war, a life or death situation, a fatal accident, or another catastrophic event. However, trauma can be more nuanced, and there aren’t many people that don’t experience some type of trauma.

Trauma falls on a scale, and regardless of the size of the traumatic incident, it can have a significant impact on our life. One framework for understanding this is big ‘T’ versus small ‘t’ trauma. It distinguishes between what we might think of as trauma and other seemingly “smaller” types of trauma that can also have long-lasting effects. Here, we chatted to three experts about the two different types of trauma, how small ‘t’ trauma can impact us and what we can do to process this and move forward. Classifying the two types of trauma is difficult as people have different perspectives. Like all topics with human behavior, it isn’t black and white. Nicola Harker, a doctor and transformational coach, points out that big ‘T’ traumas are what we think of when we think of trauma. “A situation where your life is or feels threatened such as a car accident, war, rape, assault, and kidnapping,” she explains.

In contrast, small ‘t’ trauma are events that might not seem so traumatic but have a long-lasting impact. “This includes being bullied, a passing remark [like “You can’t sing” or “you’re too fat”], failing at something, suddenly realizing that something is not the way they thought it was — such as discovering a parent has had an affair — or living with a narcissist, which causes serial repeated small ‘t’ traumas due to manipulative behavior.”

Often the difference between the two is down to perception. “You can ask different people who’ve experienced similar – or even the same – scenarios how they’d classify it. You might get different answers,” says Sylvia Tillman, a counselor and trauma expert.

Small ‘t’ traumas are often overlooked because they impact people differently. What is traumatic to one person isn’t to another. “To one person, an event might barely register as a ‘blip’ while to others it can be completely derailing or the straw that broke the camel’s back,” says Dr. Marianne Trent, a clinical psychologist. Smetimes people feel shame or embarrassment about how a particular event has impacted them. “People tend to think that trauma has to be a single, life-threatening event and feel silly attributing their difficulties to something more minor,” says Harker.

Lack of understanding around trauma within society also plays into this. We are encouraged to get one with things in many parts of the world and remember we are much more fortunate than others. Being a victim is not seen to be a good characteristic. “People have understandable resistance to looking at more minor situations as potential causes of present behavioral or emotional difficulties,” says Harker.

Playing down or minimizing traumatic events can also be a defense or coping mechanism.  If we pretend it didn’t happen, we don’t have to deal with it or put in the hard work to heal from it.

The impact of small ‘t’ trauma The meaning of the trauma and how you then adapt your behavior accordingly causes the issues further down the line. When something traumatic happens — however big or small — you then learn ways to change your behavior to protect yourself from this happening again.

She gives an example of being told that you were useless at school when you were younger. “If you store that information and subconsciously adapt to it, you might believe that nothing you do is ever enough and become a workaholic, you might overcompensate for feeling useless and become a people-pleaser, you might focus on your appearance as the source of being ‘useless’ and struggle with eating disorders.”

Over time, the cumulative effect of numerous small ‘t’ traumas can also build up. “A series of ‘little t’ traumas can be more challenging to treat and have a longer-lasting impact on people compared to one single event big ‘T’ trauma,” says Dr. Trent.

What are the signs of trauma?

Whether the trauma was big or small, it can be hard to notice if it still impacts you. This is made more challenging if the event was a long time ago. Small ‘t’ trauma is arguably harder to identify as you might not link the trauma with how they are now behaving.

“People who have experienced a series of small ‘t’ traumas or have developmental trauma often experience heightened shame and guilt and have lowered self-esteem,” says Dr. Trent.

“It can be difficult to recognize because quite often it’s an accumulation of different experiences, which then ‘suddenly’ explodes,” says Tillman.

How to deal with small ’t’ trauma

Harker suggests approaching your behavior with curiosity and kindness. “You may not remember or have dismissed trauma, but you may notice that your adaptive behaviors are causing you problems. Rather than saying, ‘This is just the way I am,’ get curious and ask: ‘Is there a reason that I tend to feel anxious or want to be in control?‘” “Traditionally, the go-to modality seems to always be cognitive therapies like counseling, CBT or psychotherapy – but somatic modalities are thankfully getting more mainstream,” says Tillman.

As always, an individual approach is needed, and finding both a practitioner you gel with and a modality that works for you will ensure you progress with your healing in the most beneficial way.