Do You Ship These ‘Game of Thrones’ Couples? 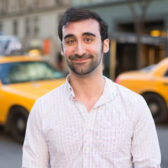 We all know that “Game of Thrones” dishes out more than its fair share of misery and despair to its characters. And while viewers have gotten to see a good amount of romance, those relationships are often cut short (you know, because of all that misery and despair going on). There are only three or four actively romantic relationships on the show right now; that number all depends on how hard you are currently shipping Arya and Gendry. They probably never even got the chance to have an awkward talk about where things were going before the White Walkers charged Winterfell. Daenerys and Jon only really kicked things off this season, which leaves us with Sam and Gilly and Grey Worm and Missandei as the longest-running relationships.

And we have lost plenty of paramours. Shouts out to Robb and Talisa and Jon and Ygritte. But there have been plenty of never-could-get-the-timing-right couples that had Westeros throw way too much in their way. In some cases, it is unfortunate, and in a few, it was absolutely for the best. And since this will be discussing events up to and including Season 8, Episode 3: SPOILERS FOLLOW.

Sansa has been through everything, including several forced marriages. Her brief time spent wed to Tyrion was a high point of sorts, if only because the two commiserated in their mutual disdain for the wedding (and King Joffrey). And while the crux of their relationship is really that they had no relationship and left each other alone, it seems like there is now a mutual admiration between the two. They are not about to ride off into the sunset together, but they each recognize the personal growth in the other. And maybe if the Queen of Thorns did not poison Joffrey, the two of them could have been relatively happy together. (That says less about their feelings towards one another and more about how horrifying the past few years have been, though.)

This coupling is quite the fan favorite. And now that they have both survived the White Walkers, the Tormund-Brienne-Jaime love triangle can pick up right where it left off. Some might say Tormund comes off a bit intense compared to the much more demure Brienne, but they do say opposites attract. Who knows, if Jaime does not make it to the final credits, maybe these two warriors can still couple up.

Talk about unspoken love. For a whole season, most of what we learned from their relationship was gleaned through facial tics and fumbling glances. It is obvious the two care deeply for one another, but if they were not about to profess their love to one another before the deadliest battle in history, they may never. Plus, now they are likely heading to confront jealous and vindictive Queen Cersei. This can’t end well. If things somehow turn out OK for them by the end of the series, maybe we can get more Jamie and Brienne adventures and watch the two of them travel to the countryside, fighting more bears.

This one is less about seeing them moving forward, and more about wishing we got more of them previously. This pirate just sails in fresh from the Sea of New Plot Developments and now he is supposed to be one of the big bads? (For the record, Euron has a lot more going on in the books). It is tough to care about what these two psychos have going on considering how rushed it all feels. And while neither of them is the romantic type, it would have been nice to have seen a little more depth to them beyond, “here are some ships, let’s make a baby.”

They escaped Ramsay’s oppressive grasp together, then parted ways only to be reunited at Winterfell. The two seemed happy to see each other, sparking speculation that maybe there was something more there. Of course, we will never know since Theon heroically sacrificed himself to cap off his redemption story. But could Theon and Sansa have settled down together? The benefits are obvious: a cozy winter castle and a picturesque palace in the Iron Isles for summering. But it also could have be a bit awkward, since Sansa could very well see Theon more like a brother.

They are the closest thing this series has to a “Jim and Pam,” if Jim hung around Pam for eight seasons even though she was not into him and then he died. (And also, way less pranks.) Dany has always made it clear that she did not see Jorah that way. Jorah has always made it clear that he knew where he stood but was there for her anyway. Of course, now Jorah’s gone to the great friend zone in the sky, so we will never really, truly know if after everyone else died, Dany would have begrudgingly married Jorah.

You remember Daario. He popped up in season three bearing romantic gifts like severed heads and then next season he looked totally different. Yeah, that guy. He elbowed Jorah out of the way and he and Dany got pretty serious, but she wound up leaving him behind in Meereen. If Dany decided to bring Daario along, could they have been the new Westeros power couple? Would he and Jon Snow have dueled over her? Probably not. Daario’s major qualifier was not being Jorah. But their relationship never got a fair shake and it would have been interesting to see how he mixed with the Northerners.

Tommen was perhaps the most innocent soul to ever be featured on “Game of Thrones.” And while Margaery did not have his naivete, she was a good person. Unfortunately, these are the kind of things that get you killed on this show, and the two died minutes apart. But this king and queen were the closest we could have gotten to an everyone-living-happily-ever-after ending, if only they were given the chance to rule.

There has to be a fanfiction out there where Sansa leans fully on her inner evil brat, and these two run around terrorizing the country. I wish I got to see this out of morbid curiosity, more than anything.

This could have been another interesting coupling if Sansa had chosen to break bad. Of course, instead she studied the master manipulator, eventually using everything she learned against him. But could this creepy power couple have potentially staged an underhanded coup? Most definitely.

The cretins and lechers of Westeros do not deserve that sweet boy’s baking. He is the perfect human and now that Arya has defeated the Night King, she can finally return to him and carb load for the rest of her days.

If you thought you had overbearing parents, this story of young love makes Romeo and Juliet look well-adjusted. They wind up dying in the name of Lannister and Martell revenge (or maybe just Martell revenge … it is best not to get into that whole subplot). But these two young kids never had a chance. If “Game of Thrones” was on the CW instead of HBO, maybe we could have seen their romance bring Dorne and Westeros together.

WHAT DO YOU MEME?

A Legitimate Question: Do Game of Thrones Characters Use Skincare?