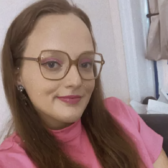 As soon as you sit down with Corey Rae, you will quickly realize she doesn’t let self-doubt take over her big dreams. Case in point: She began her trans experience in high school and achieved what she thought was impossible — becoming the world’s first openly transgender prom queen. It was an experience that inspired the model, activist, and writer to create a screenplay called “Queen,” where she’s hoping to expand positive representation for the trans community. Ahead, she tells us more about her coming out journey, LGBTQIA+ advocacy work, skincare, routine, and more — just in time for Pride Month. The Sunday Edit: You’re the world’s first openly transgender prom queen. Can you share how that transpired for you?

Corey Rae: My journey started slow. I started wearing my mom’s jeans and some cardigans and letting my hair grow. I then started wearing nail polish and mascara, and eventually wore a bra, etc. During this time, I hadn’t specifically or explicitly told my [high school] class that I was transitioning or transgender. I kind of just did it. Of course, the school and the administration started to realize and I had the kids at the school there to protect me, but I didn’t blatantly say that I was transgender. It just fell into place and made sense for me. I’ve always been feminine and ‘one of the girls’ since I moved to the town in the second grade. During prom season, I had always idolized the ’90s and early 2000 high school prom movies and wanted to emulate those girls. I thought to be validated as a woman, I needed to be the cool, pretty prom queen, so I decided to run and make that dream come true or see if I could, and I was nominated. Long story short, everyone voted for me at prom, and I won. It was very much like that movie moment I’ve always been waiting for, and I felt seen for the first time by my classmates as the woman that I am. I felt validated by my peers, and it gave me the confidence moving forward that if I wanted something badly enough and worked hard for it, I could make it happen.

What was the response like from the rest of your town and school when you won?

CR: I think my school had some great advocates there. The nurse and vice principal at my school fought for me to be able to transition and use the female bathrooms and locker rooms. It was more of the parents that weren’t very accepting. My mom got a lot of the brunt of parents calling the house or confronting her in person, telling her that, you know, she’s crazy for letting her child do this. You know, ‘Corey is just going through a phase,’ ‘Corey is afraid,’ or ‘Corey’s just afraid to be gay.’

I’ve never been shy about the fact that I love attention, so some of my classmates felt it was a grab for attention. They thought, ‘he’s just trying to get attention, and Cory thinks it’ll be easier to be a girl than to be gay.’ Reminder: This is between 2009 and 2011, when people weren’t openly talking about what it meant to be transgender. This is before Laverne Cox was on Orange is the New Black or Caitlyn Jenner had come out.

There was some film and discussion around being transgender a decade ago, but many people called it ‘transsexual’ or ‘crossdresser.’ There was no general understanding of what it meant to be transgender as a legitimate gender. That experience of winning prom queen led you to develop “Queen.” Can you tell us about your film that’s currently in pre-production?

CR: The film is based on the story of me winning prom queen. I had written my college essay about being a prom queen, and then I published that as an article. We’re basing the movie on that article, which goes into my transition in high school, navigating a new body, school life, becoming sexual, dating, and of course, the road to the crown.

We are in the process of pre-production, and we should film sometime this year.

How do you use beauty/fashion/style to help build your confidence?

CR: I have a very particular and meticulous skincare and beauty routine. Sunday Riley Good Genes All-In-One Lactic Acid  Treatment is one of my favorites. I think it’s really important to feel put together to a certain degree every day, even if it’s not with makeup, but either washing my face in the morning, using good skincare, or maybe applying a little bit of mascara. Also, having a nighttime skincare routine is important for me as well. Washing off the day serves as my time to slow down my thoughts, feel good about myself and calm down before I get into bed.

What kind of advocacy work do you do, and why is it important to be actively involved in the community?

CR: I do a lot of social media activism, as we like to call it. I post about things that are happening in real-time within the community. I like to say part of my activism is showing trans people in a positive light. I think that’s what I’ve created a brand around is that transgender people can be loved and supported from a young age and grow up to be happy, successful, supported, loved, beautiful, and even hot.

And as important as it is to discuss the horrible things that do happen to trans people, specifically trans women of color, there are also stories of success that we need to tell so that young kids or anyone knows that it can be okay and that will get better because I did not have that. When I was transitioning, I didn’t think it would be possible to transition. I didn’t know transgender was a thing, and I didn’t think it would be a happy life. I thought it would be way more difficult. That’s not to negate things that I have gone through, but you know, I’m more privileged than most, and I want people to know that it can be a happy life for trans people.

A lot of the social media brand partnerships that I do almost always benefit a cause I care about or an organization I’ve worked with. I work a lot with the Los Angeles LGBT Center and The Trevor Project.

Along with that, it’s also Pride Month. You’re hosting Queer Prom in Los Angeles.*
What was the inspiration behind that?

CR: The point is to give people in the community the prom they never really got to have. Many people are not fortunate enough to be able to go as themselves, go feeling comfortable, go with a date of their choosing — or go at all. We want to give that opportunity to people in the Los Angeles community who can go to prom as they are in a safe, welcoming space at the Globe Theater, which we’ve worked with before. Queer Prom is also in partnership with the City of West Hollywood, which is amazing. All of the prom proceeds will be going to Equality Fashion Week, which is exciting.

Of course, I understand the importance of being your true authentic self at prom, where I was so fortunate to be myself then and win prom queen. I want other people to feel they can be themselves at this prom too. It might be 10 years later, but they can go to a prom and feel like their best selves.

*Queer Prom is an intimate fundraising Pride event for Equality Fashion Week on Saturday, June 18, 2022, from 5-9:30 PT at the Globe Theatre Los Angeles.

What advice would you give to people exploring their identity and or orientation?

I think it’s important to try not to compare yourself to others. Everything will happen for you in your own time when it’s the safest and best time for you. So many of us in the community really can’t feel safe as our true authentic selves. With social media these days, it’s easy to compare ourselves to trans or LGBTQIA+  influencers, celebrities, and YouTubers who think you want to transition like them or have their lifestyle. While that’s all great, we can’t compare ourselves to those people because no two people will be the same, and no two journeys are the same. Just know that it’ll get better and happen at the right time for you when you’re at your safest point.

5 Daily Changes You Can Make to Be More LGBTQ Inclusive

Four of The Most Impactful Ways to Support The LGBTQ Community

7 Charities to Donate to For Pride Month