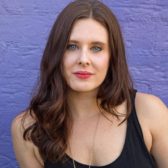 Every February, we raise, honor and celebrate Black History Month. Though the ongoing fight for racial equality and inclusivity continues every month of the year, you can challenge yourself to dig deeper this month to make a difference. One crucial area that needs reform is the gender and racial gap that Black female professionals face. Their struggle to rise in corporate America is the toughest, with jaw-dropping differences compared to any other group. As an example, Black women earn an estimated 61 cents to every dollar paid to white men. This amounts to $23.6K less per year, and in a career, nearly one million. In 2018 the portion of venture capital going to women-founded businesses was 2.7%, and for Black and Latinx women founders — 0,64%.

They also suffer to earn positions of leadership, according to a 2020 study. They make up only 1.6 percent of vice-presidents and 1.4 percent of c-suite executives across companies, and they are less likely to be promoted to a manager or leader. Additionally, they are less likely than men, white women, Latinas or Asian-American women to report their manager advocate for them or give them a chance to mentor/guide others. The same study also shared that Black women are far more likely to face day-to-day discrimination at work through others questioning their judgment in their area of expertise and acting surprised at their skills.

In short? Black female professionals need an allyship from their white counterparts to break through these generational barriers and make lasting, fundamental change. Here, we spoke with Black leaders on how to step up effectively: Too Heavy a Yoke: Black Women and the Burden of Strength, $19.99Amazon

Entrepreneur and principal Tomi Fadeyi-Jones says it best: Being a woman in corporate America can be challenging. But for Black women, those challenges are compounded as they exist at the intersection of race and gender, two groups who have been historically marginalized. If you want to stand up for these women, the first step is to do your homework better to understand their struggles and their areas of need.

“Take the time to research, read, watch and listen to learn and understand how this impacts their lived experiences, including in the workplace,” Fadeyi-Jones continues. “Although it may seem more efficient to ask, continuously talking about and sharing past experiences can be exhausting and may be triggering. Do some baseline work, and then, with intentional curiosity, engage in learning discussions with your Black colleagues to deepen your understanding and understand where your support is needed most.”

Search your own soul

Whether we have admitted it or not, we all have ingrained biases that we carry with us. Maybe we walk on the opposite side of the street when a Black man passes our way — but not when a white one is walking toward us. Perhaps we inherently are drawn to names on resumes that sound ‘white’ and discard those we can’t pronounce. The first step in overcoming these racial predispositions is to search within ourselves and to have an honest conversation about our routines and practices. Before anyone can take the role of an advocate or an ally, they have to evaluate how and if they may be a part of the problem, according to Danessa Myricks, a makeup artist and Danessa Myricks Beauty founder. She recommends asking these questions and journaling your responses: Whether you realize it or not, hair is such a big deal in the office, reminds Kay Cola, the CEO and founder of TheOrganiBrands. For many Black women, a seemingly-innocent dress code can be racist and discouraging to their personal style. “So many offices have rules and regulations about how you are allowed to wear your hair and what is deemed a professional ‘look,’ and most are based on European features and hair,” she continues.

One way to support Black women is to allow them to wear their hair natural or in protective styles like box braids. If you can’t make this policy change yourself, work with management to make it a priority. “By doing this, you are helping them feel more comfortable in the workforce and working towards changing the age-old rules of what type of beauty is considered presentable and work-appropriate,” Cola adds.

Speak up and amplify

It would be best if you spoke up when you see racism. In fact, the only way to transform offices is to pinpoint the source of discrimination, name it and take necessary actions to rid of its presence. Every time you witness an act of injustice without acknowledgment, you are perpetuating a system that allows the Black community to be marginalized, according to Lulu Cordero, the CEO and founder of Bomba Curls.

“Silence is an act of complicity,” she continues. “If you see or hear something, don’t allow it to go unchecked, be a part of the change that helps to further progress and equality by speaking up and helping to effect positive change in the workplace.”

One beneficial way to help your Black colleagues is easier than you might realize. By providing a listening ear, you create a safe space for them to share. And more important: believe what they are saying and do not bring yourself into the discussion. “If and when your Black colleagues are open to sharing, believe them, listen without judgment, stay focused on their experiences, and don’t make it about you,” Fadeyi-Jones recommends. “Refrain from comparing their experiences as Black women to your experiences as a woman, pivoting the discussion to yourself or jumping in with your own personal stories.” If you feel defensive, she suggests taking a pause and reflecting on why so you can recognize your own privileges and biases and how they may manifest in shaping your perspectives and in your interactions. “Nobody is perfect, so if necessary, solicit feedback, receive it and if necessary, apologize,” she adds.

Bring Black colleagues into the conversation

Pay attention the next time you’re in a meeting. Do the Black women at your company receive the opportunity to share their opinions? Or are they skipped over? If you notice a negative trend, make it your mission to bring them back into the conversation, recommends Joy Altimare, the chief marketing officer at EHE Health. You can do this with some key inclusive statements like these:

These simple statements, commonly referenced as ‘echoing,’ are a great tactic to advocate for a Black female colleague. “Sometimes your voice is heard above hers, and by giving it support changes the behavior of the organization and helps amplify and elevate her voice,” she explains.

Talk about your salary Since we know Black women tend to have the lowest salaries of any group, one way to push them forward toward pay equality is to make salary discussions open and candid. There tends to be an unnecessary taboo around money, making it challenging to know who is being paid fairly. Sexologist for Lovers, Marla Renee Stewart, MA, urges white women to pipe up on financial matters. “Not only will this help decrease the wage gap, but it will also help Black women know how much they’re worth and be able to advocate for themselves when it comes to equity in the workplace,” she continues. “To go with this transparency, I think it’s also important to let them know how you got to that number and why you think it’s important that they should know. Getting out of generational poverty takes knowledge, so it’s important that you can help with that.”

Be deliberately and authentically inclusive in networking

Because Black women are often the ‘only’ in the room, even when they feel included as a woman, they very much still feel isolated as a person of color, according to Fadeyi-Jones. “As allies, white women should take the initiative to engage with and include Black women in conversations, gatherings, meetings and informal networking,” she urges. This requires being observant and, when appropriate, stepping aside and allowing your Black colleague to take center stage. “Many relationships, including mentorships, are developed in informal environments. Women of color generally have less access to those with influence,” she continues. “White women, as allies, can help by mentoring, facilitating introductions and making recommendations to their network.”

How Personal Is Too Personal to Get at Work?