Why You Keep Waking Up With Dark Circles, Puffy Eyes and Under-Eye Bags 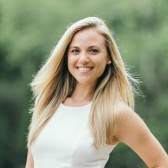 It happens to the best of us. We wake up seemingly well-rested only to look in the mirror and see under-eye bags and dark circles galore. Sure, slathering on correcting concealer can certainly help, but it begs us to ask the question of why we are plagued with these pesky, tired-looking features in the first place.

As it turns out, there are a myriad of factors that cause eye-related issues, all of which are related to anatomy. The first has to do with aging. “The skin around the eye area, also known as periorbital skin is the thinnest in the body,” says Jeremy A. Brauer, M.D., a New York-based dermatologist. “Therefore, as we age, this area of the body is often the first to show signs of aging in the form of collagen breakdown — namely fine lines, wrinkles and laxity.” He further explains that aging skin, in combination with skeletal changes and minimal supporting structures beneath (fat pads, muscle), further contribute to these issues.

Other factors include genetics, sun damage and exposure, stress, poor diet, fatigue as well as certain medical conditions, including thyroid and kidney disease, seasonal allergies and nasal congestion and dermatitis of the eyelids.

So, if you are suffering from under-eye baggage (literally), it may be due to a plethora of causes. To help you figure out what might be the culprit for you individually, it is best to break down the differences between the three most common under-eye issues: dark circles, puffy eyes and under-eye bags.

Just as they are described, these darker-than-skin-color circles lie just beneath the eyes and can be caused by a number of things. The majority of dark circles, however, are caused primarily by genetics. “Some races have increased pigment of the skin around the eyes or eyes are more deep-set, which creates shadowing,” explains Alisha Plotner, M.D., a dermatologist at The Ohio State University Wexner Medical Center. “Also increased vascularity (caused by genetics and sometimes allergies) can create a bluish-purple discoloration.” Aging is another contributing factor that can further thin the skin, shift the supportive fat pads lying underneath and cause enlargement of the orbit (the hollow in the skull where our eye is), she goes on to explain. Most of the time, dark circles are not accompanied by swelling, unlike puffy eyes and under-eye bags. And if you spend a lot of time with your eyes locked onto a screen, be it your cell phone, computer or TV, you may also experience worsening dark circles. There is some scientific evidence that supports the connection between emitted blue light from electronic devices to eye fatigue and damage.

How to treat: Treatment of dark circles mainly depends on the cause. “If there is increased pigmentation at play, then lightening creams such as hydroquinone or lasers, such as IPL or alexandrite, can be used, but if the cause is increased vascularity and thin skin, then products with caffeine (to constrict vessels) and retinol or retinoids (to thicken skin) can help,” says Plotner. “If there is a depression between the under-eye area and the lateral side of the nose (the area known as the tear trough) a soft tissue filler such as Restylane can also be used to improve the overall appearance.” There are also a variety of at-home remedies for dark circles that may yield results — cool cucumbers and green tea bags being two of the most common. Whatever the cause, a little concealer can go a long way. Reach for one with a yellow tint to offset the darker hue in this area.

The cause of puffy eyes (where the area underneath the eye is expanded or swollen) is often increased fluid in the eye tissues, often the result of allergies (sometimes accompanied by redness in the situation), lack of sleep or crying, explains Plotner. In rare cases, however, puffy eyes can be due to underlying medical conditions that cause all over tissue swelling and fluid accumulation. Diet can also be a factor, as salty foods can cause swelling in many areas of the body, including the under-eye area.

“Puffy eyes differ from dark circles and under-eye bags in the sense that swelling is at play, albeit mild and generalized around the eye area (unlike bags which is a focal area of increased tissue),” adds Plotner.

How to treat: If diet is the culprit, avoiding salty foods, as well as alcohol, might do the trick. If the puffiness is due to allergies or environmental exposures, consider seeing your primary care provider who can refer you to an allergist to help determine a course of action to mitigate the side effects of your allergies. In the meantime, under-eye products that contain caffeine and retinol or retinoids as well as cold application (whether patch, roller or ice) may help temporarily by constricting blood vessels that contribute to circles, notes Plotner.

Always found just under the lower eyelid, these pesky bags are primarily due to aging and genetics, explains David Cangello, M.D., F.A.C.S., plastic surgeon at Cangello Plastic Surgery in New York City. “There is fat inside the orbit that the eyeball essentially sits on. When that fat pooches out, it creates what appears as a ‘bag,’” he says. Aging tends to be another culprit, which is why a skincare regimen that includes an under-eye cream containing moisturizing ingredients such as hyaluronic acid and ceramides can help.

Treatment: If very mild, a soft tissue filler might do the trick. “When used between the inner side of the sac and the outer side of the nose and upper cheeks, it can make the depressed area less noticeable,” Plotner says. Another treatment method that can be efficient in the long-term is removing the bag surgically. “The fat is removed through an incision (almost always inside the eyelid so it is never seen),” says Cangello. “I sometimes reposition the fat to fill out hollows around the eyes, and sometimes just remove it altogether.” Resurfacing lasers or radiofrequency devices be helpful, and injections of steroid or hyaluronidase have been reported to help some patients, notes Plotner.
Shop

Everything You Wanted to Ask About Eye Creams

Everything You Wanted to Ask About Eyelash Extensions

Dark Circles 101: Your Ultimate Guide to Understanding, Treating and Hiding Them