How the Beauty World Can Cater to People with Disabilities 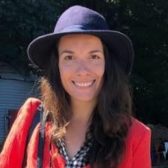 Refreshingly in the past decade, we’ve seen an uprise of more beauty brands shining a light on inclusivity when it comes to race, gender, and age. But for people with disabilities? The conversation is just getting started. There are approximately 61 million Americans living with a disability, according to a 2018 report by the CDC. You wouldn’t think that translated to one in four U.S. adults having a disability based on how little representation there is in the media and how few brands cater to them.

However, the tides are finally starting to turn. In the documentary Introducing, Selma Blair, which recently premiered at the SXSW Film Festival (streaming later this year on Discovery+), popular actress Selma Blair shares her day in and day out challenges dealing with Multiple Sclerosis (MS). She was diagnosed in 2018 and since then she tries to slow the progression of her disease. “I am disabled. I fall sometimes. I drop things. My memory is foggy. And my left side is asking for directions from a broken gps. But we are doing it”, she wrote in her IG post almost 3 years ago.

Last year, British model Ellie Goldstein became an overnight trailblazer for models with Down Syndrome when her photo of her modeling the luxury brand’s L’Obscur mascara went viral (and became Gucci’s most-liked Instagram post to date). Later she would appear on Allure’s digital cover, and in magazines such as Elle, Glamour, L’Officiel, etc. Thanks to Ellie and Grace Strobel (who was named Obagi’s Skinclusion Ambassador in October 2020), more people found out about World Down Syndrome Day on March 21 and learned about this community.

Other beauty brands have been trying to make positive progress for inclusion, too. Kohls Kreatives, a U.K. brand founded by Trish Daswaney, launched in 2017 with The Flex Collection, a line of bendable makeup brushes that are easy to grip to support people with motor disabilities who see makeup as their self-care. The brushes feature synthetic fiber bristles (suitable for those who are sensitive to animal hair), they stand on their own to make them easier to grasp, and won’t break when they’re dropped.

“My mom [an aesthetician] taught me how to use makeup as a tool to give me confidence. A little bit of eyeliner changed my outlook on myself and that’s what catapulted my love affair with makeup,” says Daswaney. Her brand of tools is about making that confidence available to everyone: “I wanted to teach people how to use makeup in a safe environment and make them look and feel most like themselves,” she says.

In addition to her inclusive product line, Daswaney hosts free workshops through its charity, Kohl Kares, that are primarily “for the trans community, cancer care communities, and those with motor disabilities,” she says. “We cover everyday tips and tricks, to make [people] feel as comfortable as possible.”

Makeup application, like drawing symmetrical brows or applying eyeliner, requires fine motor skills that are difficult for people with mobility concerns. There are brands that help makeup users with that experience like Guide Beauty, which offers ergonomic packaging and forgiving formulas for those with unsteady hands. Created by Terri Bryant, a former Dior makeup artist who was diagnosed with Parkinson’s, Guide Beauty brushes have a wide circular base that rests in the hand almost like a ball. According to Parkinson’s Foundation, approximately 60,000 Americans are diagnosed with PD each year.

In 2011, Veronica Lorenz, a celebrity makeup artist who’s worked on Pirates of the Caribbean and The Hunger Games, lost feeling in both of her hands as a result of a spinal cord tumor; this led her to create The Vamp Stamp®, a beauty tool that allows people with unsteady hands to easily stamp on a cat-eye.

In terms of packaging that’s for visually impaired people, approximately 70% of L’Occitane products include braille on the packaging after the founder saw a blind customer trying to shop for one of their products. Pharell’s skincare line, Humanrace, launched last year and joined the small number of companies that also feature braille packaging. Not only is it more costly to implement braille packaging (it’s about 25% more expensive), but it turns out to be more of a technical issue: Some products (like those in tubes) are harder to feature tactile lettering for the sight-impaired. That’s why body-care brand Cleanlogic — one of the first brands ever to come out with braille packaging — recently relaunched with all-paper packaging to make it easier to imprint braille on every product. According to Glossy.co, brands are showing greater awareness via accessible websites. Skin-care startup Topicals has an accessibility widget on its site and recently launched a text reader program through its accessibility tab using EqualWeb technology. This also allows users to increase text size and hear image descriptions, among other features. Other consumer brands using EqualWeb include Adidas, Headspace and Bosch.

There are other ways to make beauty more accessible for visually challenged people, too. After all, braille takes a long time to learn and some people don’t have the opportunity to do so. This can be in the form of companies rethinking the shape of packaging: boxy shapes that won’t roll away if dropped, swivel-top packaging that make products easier to open, and magnetic closures so users have that audial confirmation that products are closed and won’t dry out. Herbal Essences launched a shampoo and conditioner bottle in 2019 that featured raised lines and dots so that the visually impaired could indicate the difference. Formula matters, too. “I seek out brands like M.A.C  and Nars where colors remain consistent over time. If I choose to wear an eggplant mascara and the color is fading, I’m not going to see it,” says Kamil Spagnoli, a medical writer, who had a stroke that left her legally blind and partially paralyzed on the left side. “I prefer brands that give tactile feedback and are neither too creamy — which smears — or too hard to maneuver.”

Despite the great efforts of brands like these, adaptive beauty is far from a saturated market. “The biggest concern I have with the industry is that it can be very “tick box-y,’’ says Daswaney. Meaning that disability inclusivity for some brands is more tokenistic marketing or one-time stints to hop on a “trend.” While it’s important and encouraging to see representation in campaigns (like that of Gucci Beauty), better shopping experiences that meet ADA compliance and designing products that cater to the needs of disabled individuals, “this is more than beauty products,” says Spagnoli. “This is really about ways for people to understand that people with disabilities have worth and have equal value. They are meaningful and can be admired.”

Disability inclusivity should also focus on training beauty professionals and consultants to work with people of all abilities. For instance, Spagnoli found a nail salon that knew her situation, and instead of having to dry her whole hand at once (where it’s difficult to keep her hand flattened for extended periods of time as you would under a typical nail dryer), the nail technicians dried each finger individually.

“If the beauty industry only markets to typically able-bodied people, it turns into issues of social isolation, because you have people who can access products that make them desirable. Then you have people who are left out because they physically cannot access or use the products appropriately,” says Spagnoli.

Clearly, we’re only seeing the beginning of these conversations about disability inclusion and more brands need to start paving the way. The hope is to get to a point where inclusion isn’t headline-making news, but the norm.

With additional reporting by Christa Lee and Kate Danilova.