6 Must-Read Books That Are Officially Hitting the Big Screen 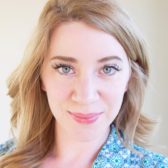 Wrapping yourself up in a good book is easily some of the best medicine for your soul. You know the kind we’re talking about — books that you can’t wait to jump back into after a long day, the ones you devour in hours, and the type where lead characters linger in your mind long after that final page turn.

When those books are adapted for TV or film, it lifts the magic right off the pages. If you’re craving some good reads this summer, start with these page-turners that are set to make their debut on the big screen in the very near future.

“Where the Crawdads Sing” by Delia Owens

Author Delia Owens is a 70-something wildlife scientist and zoologist, and her first book is a smashing success. So big, in fact, that it was quickly snatched up by Sony Pictures and officially just hit the silver screen last week (watch the trailer). The story follows Kya — known as “Marsh Girl” by the locals — from the day she was abandoned by her mother and through her adulthood. It’s at once a love note to the wilderness, a heart-wrenching and romantic coming-of-age story, and a twisted mystery novel.

Where The Crawdads Sing

“The Lost Apothecary” by Sarah Penner

Ripe with strong female leads, Sarah Penner’s “The Lost Apothecary” alternates between 18th century and modern-day London. In the former, we meet Nella, who owns a secret apothecary shop that caters to women seeking deadly concoctions for their unfaithful husbands. The present-day story is told from the perspective of aspiring historian Caroline Parcewell, who’s struggling with her own marriage and has found herself wholly intrigued by a “lost apothecary” she’s eager to locate.

The novel is now set to be turned into a TV series by Fox Entertainment. Production is still in its early stages with no release date or cast information, so you have plenty of time to devour this one before it hits the screen.

It might be summer, but Silvia Moreno-Garcia’s “Mexican Gothic” will chill you to the bone. Set in a spooky mansion perched on a hill above a tiny town in the Mexican countryside, it’s told from the perspective of bougie socialite Noemí Taboada. She’s called to the mansion after receiving a strange letter from her cousin, and she is determined to figure out what’s happening.

“Mexican Gothic” is being produced by Kelly Ripa and Mark Consuelos as a limited series for Hulu. Production is still in the early stages with no release date or actor details, so stay tuned.

“The Storied Life of A.J. Fikry” by Gabrielle Zevin

Everything’s going terribly for A.J. Fikry. He’s widowed and lonely, his bookstore is facing closure, and someone recently stole his prized, rare edition of poetry by Edgar Allan Poe. One day, though, a strange package shows up and it sets him on a completely new course. It’s a humorous, heartwarming, and surprisingly tender novel that’ll have you gripped from cover to cover.

Zevin’s New York Times bestseller is being adapted as a movie, and production is heavily underway with an expected debut in 2022. The star-studded cast lineup includes Kunal Nayyar as A.J. Fikry, alongside Christina Hendricks, Lucy Hale, David Arquette, and Scott Foley.

The Storied Life of A. J. Fikry

“The Seven Husbands of Evelyn Hugo” by Taylor Jenkins Reid

This novel by bestselling author Taylor Jenkins Reid has already amassed over 80K reviews on Amazon, and on the first page you’ll understand why. Reid cleverly balances two storylines, weaving them masterfully from beginning to end. The first perspective is told by unknown magazine reporter Monique Grant, who’s shocked to find out that bombshell movie icon Evelyn Hugo wants to meet with her for an exclusive story. The second is told from Evelyn’s perspective, where she leads the reader on a wild ride that details each of her seven husbands.

Netflix only just announced in March ‘22 that it would adapt the book, but we do know that it’s getting a seriously glam treatment.

The Seven Husbands of Evelyn Hugo

“From Scratch” by Tembi Locke

For those who prefer fact over fiction, you must pick up this moving memoir from Tembi Locke. A Reese Witherspoon x Hello Sunshine pick, Locke recalls how she met and fell in love with professional chef, Saro, in Florence, Italy, and how his family disapproved of their marriage because she is Black. After his untimely passing, she reunites with his family back in the Italian countryside. This unforgettable love story reminds the reader to love big, expect the unexpected, and relish in good food.

Netflix has adapted From Scratch into a TV mini-series, which is set to debut in 2022. The cast lineup includes Zoe Saldana, Roberta Rigano, Euegenio Mastandrea, and Saad Siddiqui.

Can’t wait for the above to hit the screen? Sate your cinema appetite with these recently debuted films and TV shows adapted from books: 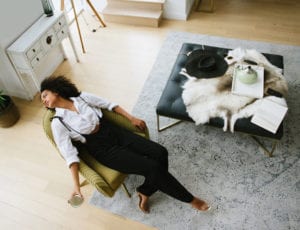 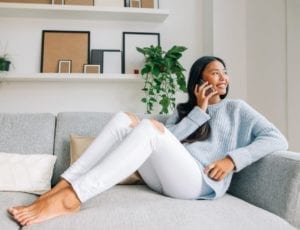