Why Representation Matters from a South Asian Perspective

Growing up, blonde hair, light skin, and blue eyes seemed like the ideal. Many kids feel that awkward phase at the onset of “teendom,” but for people of color, it’s often further compounded by looking different than everyone else. I found myself as the only South Asian girl in my entire junior high school. While I’m sure other girls also felt embarrassed about growing into their new bodies (or lack thereof), my brown skin and dark, thick eyebrows felt like a scarlet letter that resoundingly showed that I was not white.  I was not like everyone else. Being brown felt different among everyone at school. Worse, even among the South Asian community itself, colorism is rampant; like nearly all Bollywood actresses being fair-skinned, the constant stream of ads aimed to lighten skin and the stigmatization of dark-skinned women. Even the most gorgeous glowing complexion didn’t seem to hold as much value if they weren’t in the lighter tones.

Even in India, a country with billions of people in a marvelous myriad of brown tones, representation in our movies is of actresses with very fair skin. Though I am on the lighter end of the spectrum, I could never understand why I didn’t see a more inclusive representation of what my friends and family looked like on-screen. It’s no wonder skin-lightening creams like Fair & Lovely are a mainstay on so many vanities when only a certain look is portrayed.

Even in India, a country with billions of people in a marvelous myriad of brown tones, representation in our movies is of actresses with very fair skin.

I was even hitting the drugstore to find a simple lipstick felt impossible when none of the campaign models looked like me or any of my friends. How would I know if Almond Matte looked good on me when I could only see it on Nikki Taylor or Cindy Crawford, who were numerous shades lighter than me. There is something about seeing someone that looks like you that is so very important, especially when you’re coming into your own. Representation truly does matter.

I didn’t look like Joey Potter (Katie Holmes) or Marisa Cooper (Mischa Barton). I didn’t look like Moesha (Brandy Norwood) or Dionne (Stacey Dash), either. When I saw someone on TV who was South Asian in the late 90s and 2000s, they often played the stereotypical roles of 7/11 owner, taxi cab driver, or maybe a doctor. Seeing Parminder Nagra in Bend it Like Beckham felt monumental for me as a teen. A few years later, Kelly Kapoor (Mindy Kaling) in The Office felt like one of the first multidimensional roles for a South Asian woman, and gasp — she was dark brown. Still, the roles for South Asian women on the big screen have been few and far between. When I looked at American magazines or TV, it was even more clear that I didn’t look like anyone I saw. I think a part of that experience inspired me in a way. I combined my love of writing and beauty into a career as a beauty editor at a top fashion magazine for nearly a decade. I was lucky to work at InStyle magazine which championed diversity and it was a requirement to make sure we were featuring women of different ethnic backgrounds and looks on each page. Often, InStyle would feature editors on pages and it felt like an actual pinch-me moment when I would see myself in the pages. A part of me hoped that a younger South Asian girl could at least find some solace in seeing someone else who looked like her. But there were plenty of moments when I felt like an outlier.

Once when I was interning in the beauty department at a popular American women’s fashion magazine, I noticed a story on celebrity haircuts didn’t feature any women of color. I cautiously approached the beauty director to suggest adding in more diversity and she quickly retorted “our reader doesn’t care about that.” My cheeks would have turned crimson if they could. I felt too embarrassed to say anything further. I couldn’t help but think that I, too, am a reader and I did care.

Today, it finally feels like we are reaching some type of heyday. More recently, we have started seeing greater representation of South Asian actresses, especially those with deeper skin tones. But it’s not enough just to see a brown face if it’s only light-skinned faces, it’s critical to see the whole spectrum represented. When you don’t see faces that look like yours, you may just start to feel invisible. With Simone Ashley, Maitreyi Ramakrishnan, Avantika Vandanapu, Charitha Chandran among others, it finally feels like seeing South Asian faces with beautifully deep brown skin has become more common. As a mother to two small children including a daughter, I’m so cognizant of them recognizing the beauty of their brown skin. Is it revolutionary to fight against beauty standards? Maybe not… but it is pretty revolutionary to love oneself, just as you are. 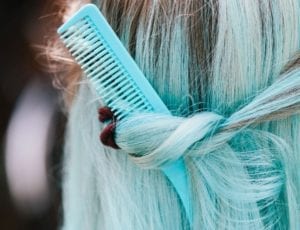 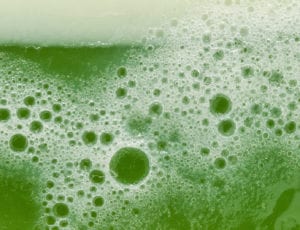 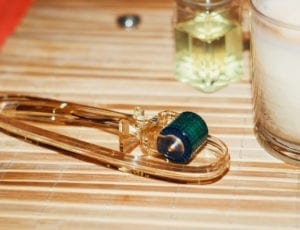 7 Toys and Books That Embrace Diversity