How Can Hair Removal Brands Survive in a New “Embrace Yourself” World? 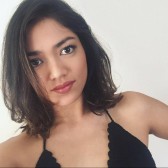 Women’s body hair is cropping up in all the places it hasn’t before — red carpets, music videos, Instagram feeds, and even razor advertisements.

Celebrities are some of the most salient examples of women’s body hair gradually moving into the mainstream. Most recently, Indya Moore ruled the Emmy’s red carpet in a striking Louis Vuitton number that revealed lots of legs — and leg hair. Emily Ratajkowski graced the pages of Harper’s Bazaar’s September issue with her armpit hair on full display, penning in her personal essay that body hair is another opportunity for women to exercise their ability to choose. Leave it to Rihanna, the reigning queen of challenging beauty standards, to serve up some serious body hair inspiration on Instagram when she shared bikini selfies replete with leg hair last summer.

when u can’t wait for summer.

Body hair, one of the most natural things, is finally taking up space, so to speak, on women’s bodies and in the discussion of modern beauty standards. Since the early 1900s, hair growing anywhere but the head of a woman has been marketed as “superfluous,” “unclean” and “an affliction” to be dealt with using the right products.

An entire category of hair-removing products, imagined by an agenda that feeds off feelings of inadequacy, has been marketed to women for over a century and has consequently shaped society’s narrow perception of female beauty. Body hair has been so persistently excised from the image of women’s bodies that the mere flash of armpit fuzz or leg hair stubble is sometimes met with outrage.

Everywhere we look, women are helping normalize that which is inherently normal: body hair.

Advertising — and American gender roles — have been setting our beauty standards

How did we get to a place where women embracing their natural beauty is a cause for controversy? To understand how body hair removal by women came to be seen as the norm, one must look back at the last hundred years.

Everywhere we look, women are helping normalize that which is inherently normal: body hair.

In “Caucasian Female Body Hair and American Culture,” Christine Hope notes that most women in the United States didn’t remove hair from their legs or underarms prior to World War I. But hair removal advertising (and subsequent normalization) — that began in 1914 and lasted through the mid-20th century —came to shape current cultural norms. Even in these early days, ads with phrases like “Hair removing essential with up-to-date gowns” and “The woman of fashion says the underarm must be as smooth as the face,” intertwined messages of body hair shaming with appearance standards and societal expectations.

In her analysis, Hope asserts that the American custom of hair removal reflects American beliefs about gender roles. She writes that the tendency to view men and women as opposites, and consider women as less than adults “are reflected in and reinforced by the custom of female hair removal and the advertising which accompanied its introduction.”

Body hair is good for business

Embracing and celebrating body hair is more than a movement in the pages of magazines and hashtags like #bodyhairdontcare on Instagram. It is influencing how consumers allocate their dollars.

The “shave body” beauty industry category has dropped five percent in sales in 12 months since June of last year, according to market research company NPD Group. Traditional companies in the category have experienced the ramifications of this downward trend, with Procter & Gamble’s grooming category (which includes top dog Gillette) witnessing a net sales decrease of 5 percent in 2019.

In contrast, newcomer razor startup Billie, the first brand of its kind to ever show female body hair in its advertising, has earned $35 million in funding. Its marketing efforts — which demonstrate the efficacy of its product by showing its razors actually shaving hair while simultaneously acknowledging that it is the woman’s choice whether to shave at all—has made a splash.

To bring its marketing message to life, Billie called upon Ashley Armitage, a photographer who celebrates body-positive imagery (including body hair) through the female gaze. Her Instagram account showcases beautiful images of unshaven bikini lines and happy trails with captions calling out the societal double standard to think that a cis man with pubic hair is normal but a woman’s pubic hair is “gross,” “nasty” or “unhygienic” (all comments that have been left on her posts). “It’s all healthy and natural,” she writes. “It’s also completely up to the individual to decide what they [want] to do with their own body.”

Armitage’s first video for Billie, “Project Body Hair,” featured women with varying levels of body hair and text overlay assuring that,“However, whenever, if ever you want to shave, we’ll be here,” and later went viral. The second video, released this past summer, continues to encourage viewers with its “You Do You” tagline and eschews the idea that women should succumb to the pressure to be “beach body ready.”

Gillette Venus has tried to piggyback on Billie’s core sentiments of empowerment and choice, launching a campaign that features similarly diverse women with body hair that declares “My Skin. My Way.” Still, the brand has been unable to shed its former ethos of hairless bikini-clad models posing in unison to Bananarama’s chorus of “I’m your Venus, I’m your fire, at your desire,” the old-fashioned tune of beauty industry advertising for decades.

In the end, it is all about authenticity

Beauty behemoths that once monopolized the industry — and had been at the helm steering societal standards — are now seeing their numbers dwindle while a new generation is reclaiming the dialogue and market share. Brands that authentically get on board with this overdue notion that what women decide to do (or not do) with their body hair is their choice alone will resonate most with those with purchasing power.

Tired conceptions of female beauty are being challenged on all fronts and the first to recognize that it is autonomy, not approval, that women want, will be the brands that survive this cultural shift. Shaming women into consumption by necessitating they conform to a superficial standard may have been the marketing modus operandi of the 20th century, but today it is not only backward, it is bad for business if grooming companies want to stick around.

How to Choose the Right Therapist

The No-Makeup Makeup Look and Skin Positivity: An Op-Ed

Cellulite is Normal, So Let’s Start Acting Like It